Senator Isaac Mwaura says he is loyal to President Uhuru

By bashkabasata (self media writer) | 11 months ago 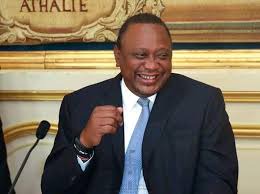 President Uhuru Kenyatta is slowly but surely running down his final presidential term. For that reason, he will not be on the ballot in the next general election. Before his time is up, President Uhuru Kenyatta wanted very much to leave behind a strong legacy so that he is remembered for very many years to come but the bad thing is that he has never been given time to do that. That is because his Deputy President William Ruto who would have helped him is the one who is busy pulling his legs back.

Today, Isaac Mwaura was summoned at the Jubilee Headquarters for some grilling over his behaviour and as we are speaking, there is a reason for celebrations in President Uhuru Kenyatta's camp after they were given a big boost. However how brief the celebration will be, but it is there after Lord Abraham Mutai reporting a remark of loyalty from Isaac Mwaura to President Uhuru Kenyatta.

According to Lord Abraham Mutai through his official twitter account, nominated senator Isaac Mwaura today concluded his sentence by saying that he is very loyal to his Excellency President Uhuru Kenyatta.