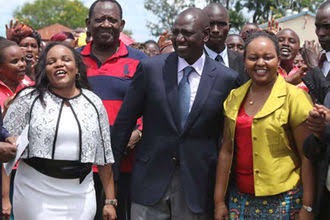 According to Governor Waiguru, she has said that the reason why Wangui Ngirici decided to quit UDA is after learning about the tough laws set by the UDA party officials on nominations stating that out of fear of the strict laws, the Kirinyaga Woman Representative could not persevere and had to quit.

The Kirinyaga boss has rubbished claims from Wangui Ngirici that she was chased away from the party saying that she should teach herself to speak the truth extending that the Woman Representative has no markettable manifesto and agenda to sell her candidature and so had to withdraw from UDA. 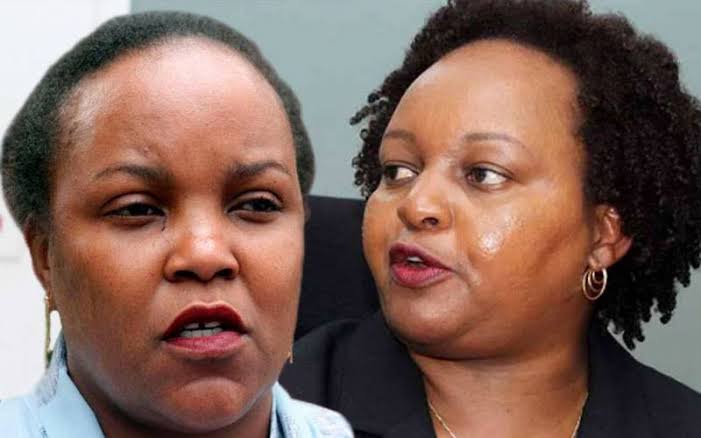 "No one threw you out! Why don't you reveal the truth that you have all along been fearing nominations? If you have no marketable manifesto and agendas why don't you say you are resisting competition rather than lying that you were kicked out," Governor Anne Waiguru has said quoted in the Star.

Wangui Ngirici is on the record purporting that she was insulted in UDA, including being asked for Ksh 200 million bribes to secure her position in the nomination a move that did not overwhelm her. She added that even she was approached and told to allow the current Kiribyaga Governor to contimue and she goes for the Mwea MPs seat stating that is a big No.

Another Kenyan In A Critical Health Condition in Saudi Arabia, Unable To Talk

Ruto Pleads For Forgiveness From Uhuru During National Prayer Breakfast

6 Obvious Signs He Likes You

Funny Comedians With Famous Songs That You Didn't Know About.

7 Signs To See If He Is Actually Thinking About Me

Ladies, Here Is Other Uses Of Pads Other Than Period Management