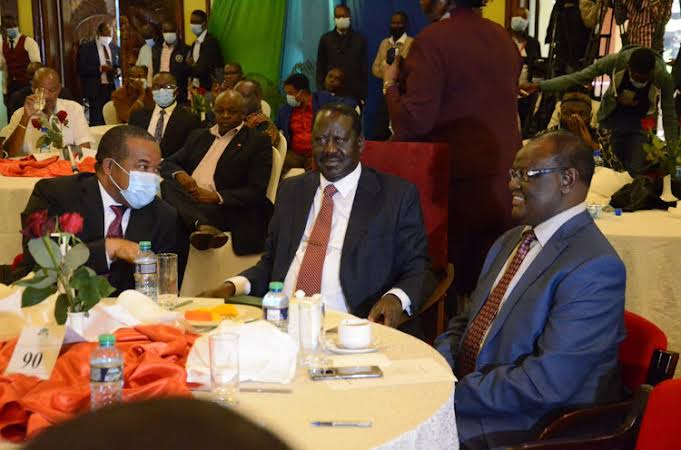 Meru governor Kiraitu Murungi affirms that he has received several call from various quotas that he had supported Raila Odinga ahead of 2022 general election. According to him, he never endorsed Raila Odinga rather was only welcoming all presidential candidates in Meru County. 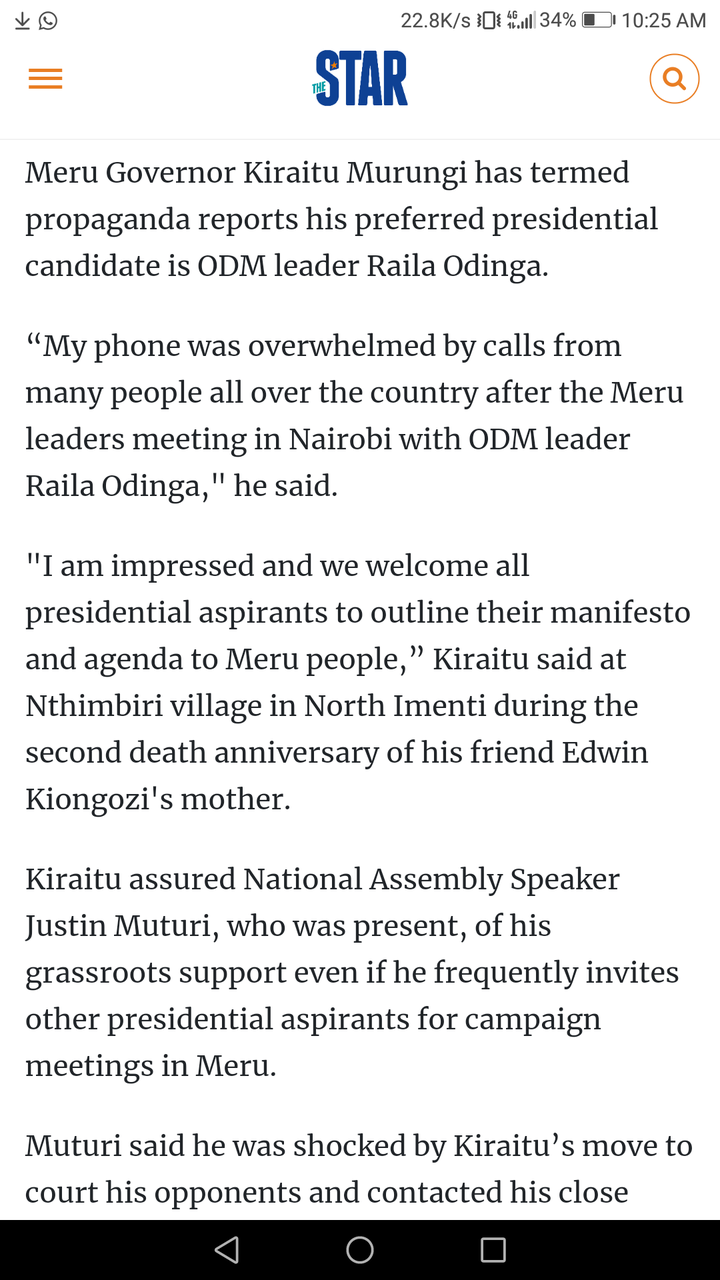 According to the governor, the notion that he had supported Raila Odinga 2022 statehouse bid ambitions was utter wrong and misrepresentation of facts. According to him, it's clear all presidential aspirants can give the people of Meru of their agenda.

The governor has confirmed that those associating him with Raila Odinga just want to ruin his chances ahead of 2022 general election. He has remained clear that he has never endorsed Raila Odinga whatsoever but Justin Muturi.

The governor has welcomed all leaders to travel in Meru County and tell the people of what they would want to do to them for they will not support anybody blindly. According to him, it's clear he is yet to support Raila Odinga contrary to several media reporters confirming the same for such is utter propaganda.

Wetang'ula is Lying to You, Lusaka Told as he Declares Gubernatorial Bid

Lilian Speaks For The First Time After Sonko Advised Her