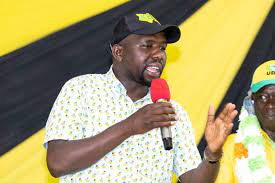 Those from the Azimio wing argue that the presidential tally was tampered against their candidate, while those in Ruto's Kenya Kwanza Alliance say that the tallying was transparent.

Raila has termed the results by the IEBC chair as null and void, saying that he will seek the court intervention, and ensure that the country gets a rightfully elected president.

The Four poll agency commissioners have argued that the total tally of 100.01 per cent exceeds the obvious tally, and that would have compromised the final results.

Through his Twitter account, Ruto's ally and Elgeyo Marakwet Senator Kipchumba Murkomen argued that Raila's team and the commissioners were working in handy, and urged the two teams to unite and 'compare notes.'

"The statement by Raila, and one of the 4 estranged IEBC Commissioners was cut from the same cloth, that is Azimio. Since the results were in a public portal and everyone in Kenya and abroad tallied, let the Commissioners and Azimio team share their figures jointly or severally," he tweeted.

Ruto was announced the winner by the IEBC chair Wafula Chebukati with 7.1 million votes, against Raila's 6.9 million votes.