Ruto Is A Happy Man As UDA Wins By-Elections, Here Are The Winners

By Joeblessing (self media writer) | 24 days ago 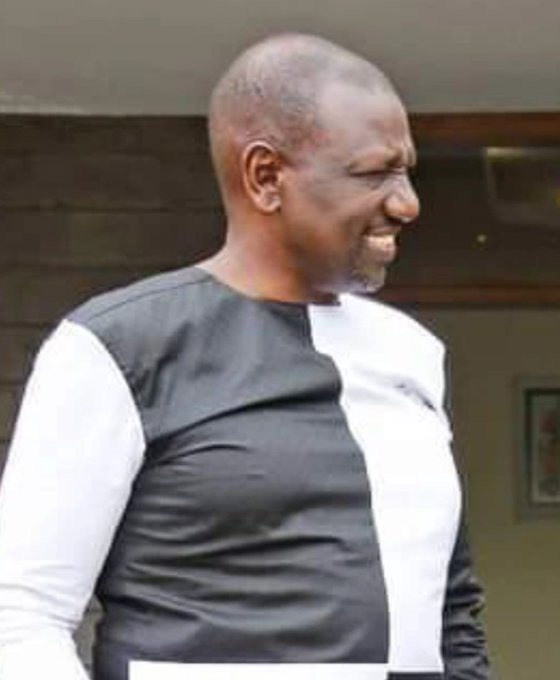 The United democratic alliance party of Kenya boss William Samoei Arap Ruto is a happy man. He appointed several of his loyal politicians to cabinet secretaries a few months ago. The vacuums were supposed to be filled by other candidates yesterday where his party managed to win three out of four positions.

The win began in Elgeyo Marakwet where William Kisang came first followed by Tim Kipchumba who had given the party sleepless nights. The entire Riftvalley leadership was in the area where they campaigned in the last day to ensure that they brought the win home. Kisang got forty nine percent bof the total votes whereas Kipchumba got forty six percent.

The Kandara constituency race was won by John Njuguna who was the United democratic alliance party candidate. He gave an early lead as he did not have a major competitor in the elections as the team leading his campaign was from the national level. 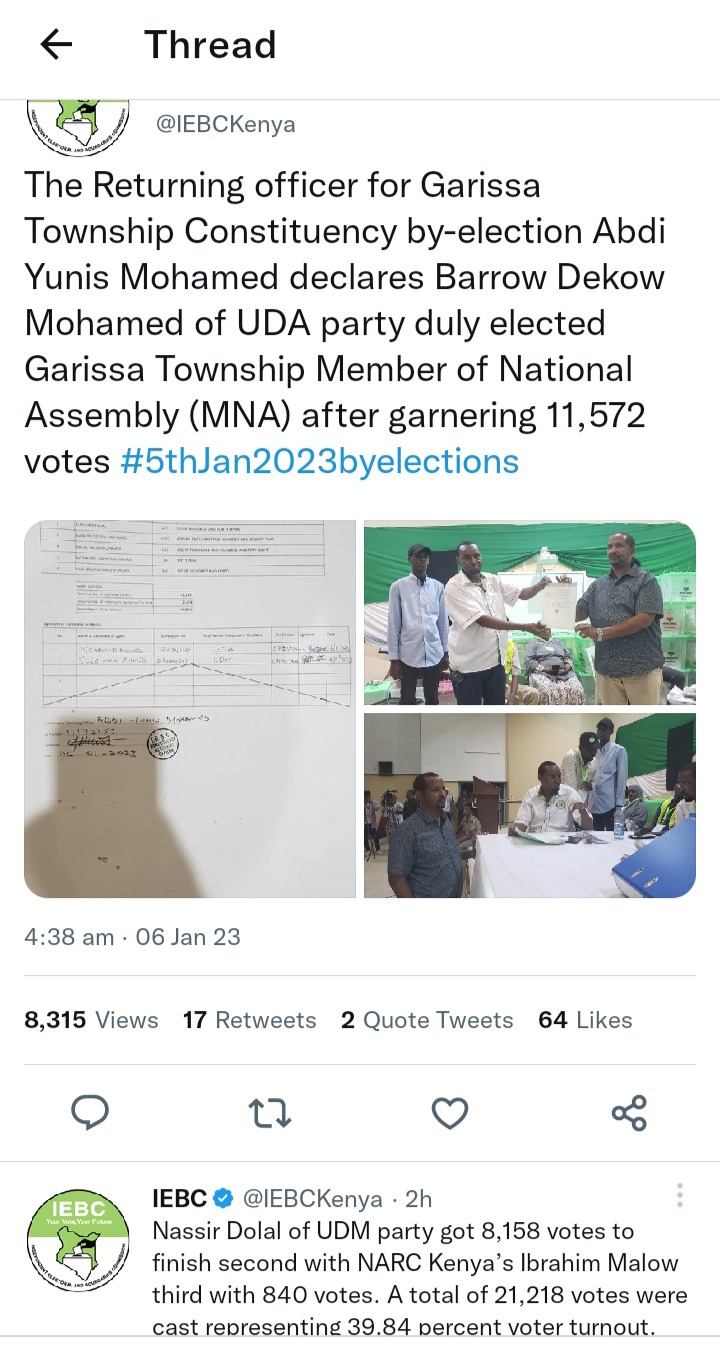 The race in Garissa was not different at all as Barrow Dekow of United democratic alliance was declared the winner where he managed eleven thousand, five hundred and seventy two thousand votes. His competitor from UDM came second with eight thousand, one hundred and fifty eight votes.

This was a great win since their numbers in parliament still remains unshaken even after the by elections. Please leave your thoughts in our comments section below.