By NewsKenya (self meida writer) | 1 months 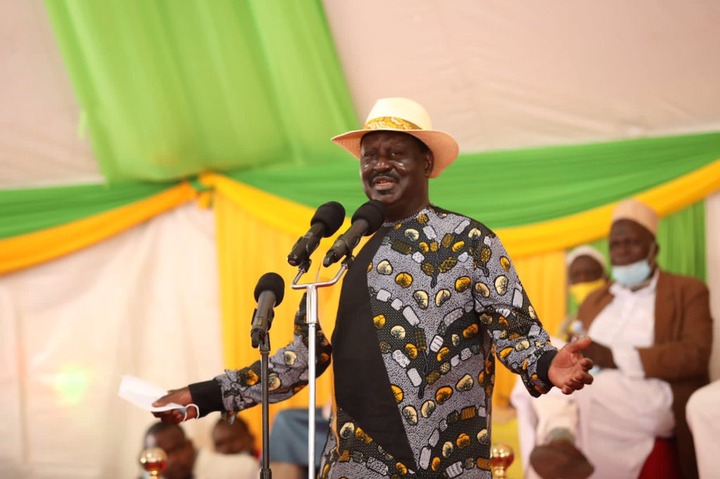 Speaking in Vihiga on Sunday during the burial of the county's Deputy Governor's Wife Mama Ashura Saisi, ODM leader Raila Odinga hinted on an upcoming coalition ahead of the 2022 general election.

Odinga told his supporters not to be worried that the NASA coalition is dead, assuring them that something big is coming in the coming months.

"They(political opponents) are saying a lot of things about NASA. NASA has already served it's purpose. Now because you're hearing we are withdrawing from the coalition doesn't mean we can't come together again. In the coming months we will come together." Odinga said at the funeral.

However, the ODM leader insisted for now he is focused on uniting the country.

Despite Odinga being hopeful of working together with his former NASA principals, some of them including Musalia Mudavadi and Kalonzo Musyoka have indicated they'll not support the former premier in the upcoming general election.

Both Kalonzo and Mudavadi have insisted they'll be on the ballot next year and Raila must support their bids this time round. 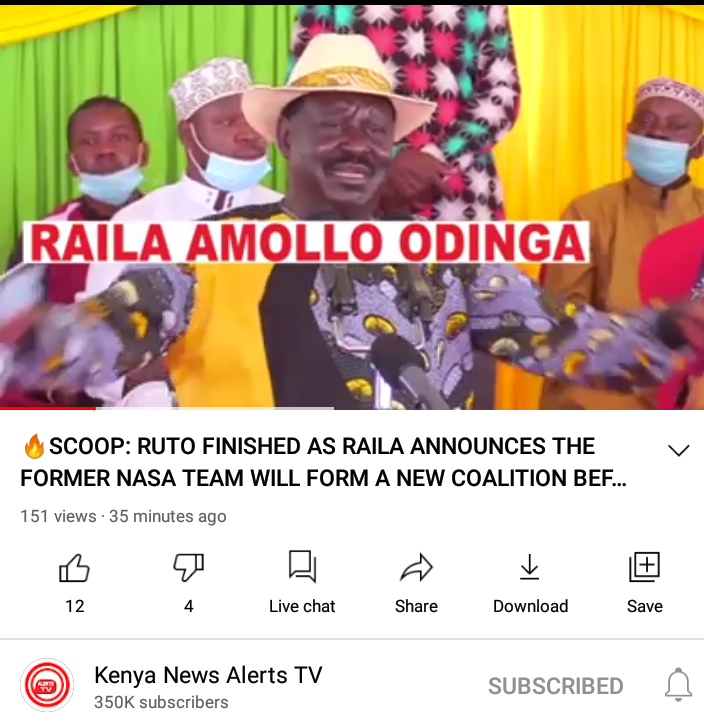 Raila's Ally Undresses Hon Alice Wahome Publicly, Dares Her To Explain How Bottom Up Is Achieved

Political Analyst Kuria Predicts Who Would Have Won Elections Today, With Or Without Deep State

After His Failure To Back Raila, See Who Uhuru Could Finally Choose To Succeed Him in 2022[OPINION]