By Whizerwriter (self meida writer) | 7 days

Trouble may soon befall the ODM Party and it's leadership ahead of the 2022 general elections, if a prediction made today by the President of the Law Society of Kenya (LSK) Nelson Havi is anything to go by. 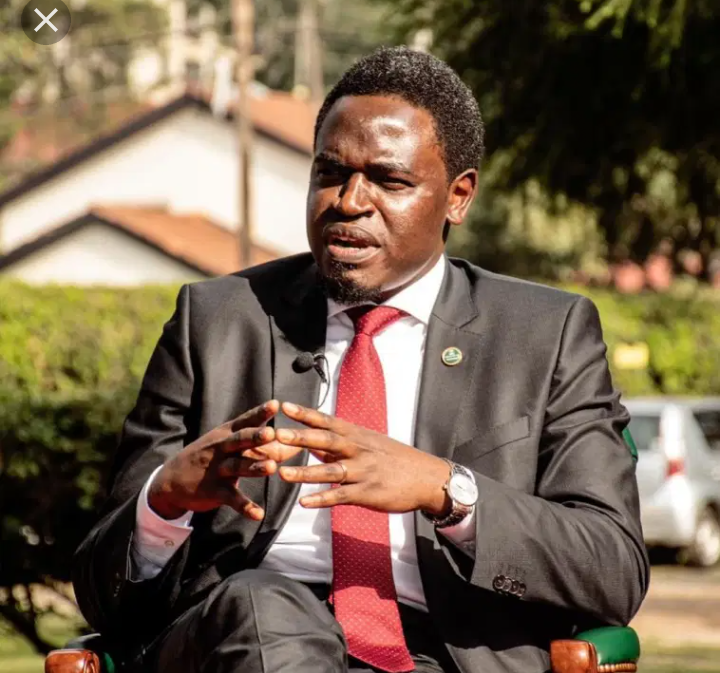 In an earlier tweet, the renowned lawyer weighed in on today's happenings where Raila Odinga removed Rarieda MP Otiende Amollo from the Justice and Legal Affairs Committee (JLAC) of the National Assembly, and claimed that it was a bad move.

In part of his tweet Nelson Havi alleged that ODM Party had sealed it's fate with regards to self-destruction after the move, and also claimed that Raila Odinga had committed a big political mistake by ousting one of his most loyal allies. 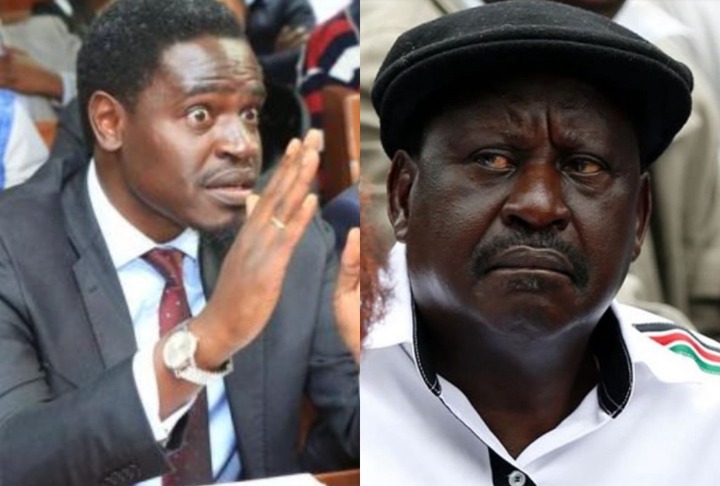 He said " ODM Party has completed self annihilation in the National Assembly with the recall of Otiende Amollo from JLAC. In Senate, Orengo is the target. With John Mbadi and Mohammed Junet as his illegal advisers, Raila has committed an apocalyptic political error. It is done, Baba." 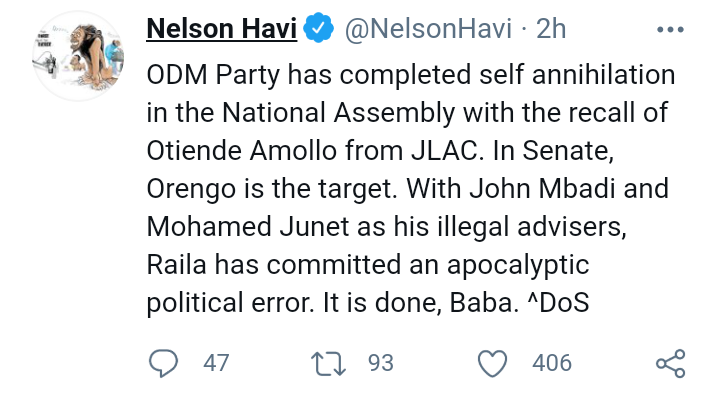 Nelson Havi's claims comes just hours after the Rarieda MP was removed from his powerful position as vice chairperson of the committee, and replaced with Ruaraka MP Tom Kajwang'. 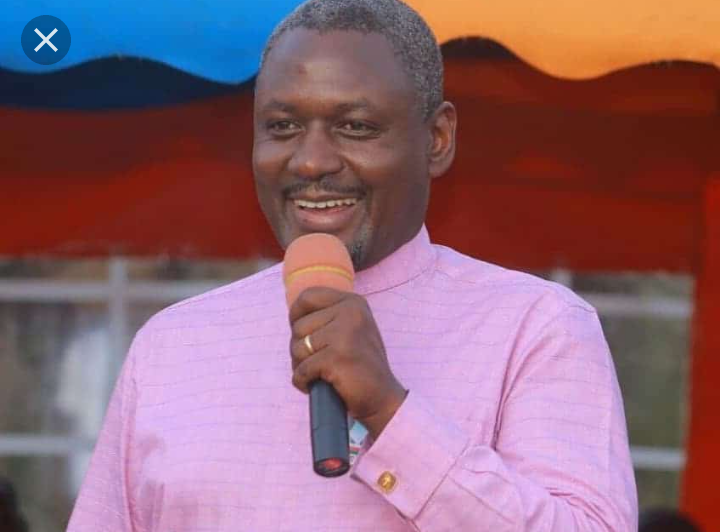 He was seen to be ousted mainly due to his stand on the BBI where he was among the ODM Party vocal leaders who questioned the proposal of creation of 70 new constituencies, which was rightly endorsed by the party leader Raila Odinga.

On the same issue the Siaya Senator and Senate minority leader James Orengo also question how the constituencies would be shared, especially with respect to population where some counties with huge populations will get few constituencies and vice versa. 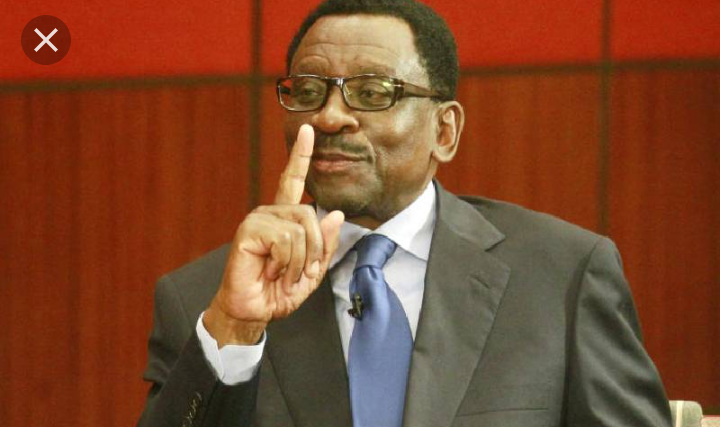 Meanwhile as a party ODM has committed to support BBI unconditionally, and thus the dissenting views by Senator Orengo and Otiende Amollo are widely seen as a betrayal on Raila Odinga.

"We Have Done It" Celebrates Moses Kuria After This Great Achievement

List of Leaders That Accompanied Uhuru For Museveni Swearing in, Kenyans React (Photos)