By De-Guevara (self media writer) | 5 months ago 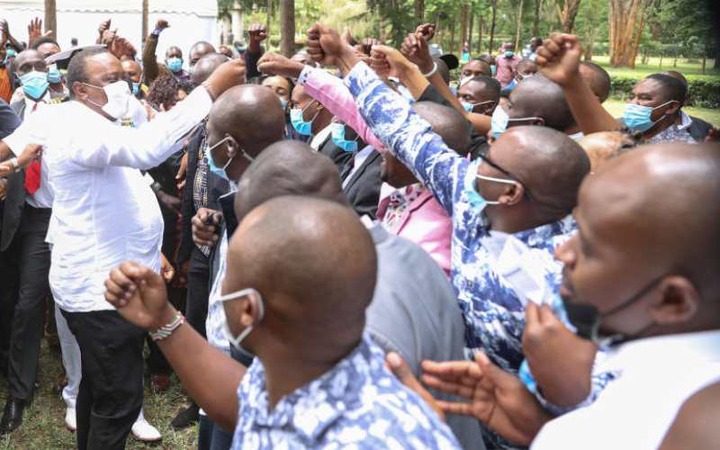 The thrashing of the BBI appeal by the Court of Appeal, which upheld the High Court ruling declaring the BBI process unconstitutional, seems to have irked some of the leaders allied to President Uhuru Kenyatta.

While many believe the Head of State was planning to use the BBI to execute his succession plans, it seems the dice has been cast against his own beliefs.

And now lawmakers subscribing to President Uhuru Kenyatta are expected to resuscitate the constitutional changes, by coming up and presenting Parliamentary Bills to Parliament.

The MPs who are allied to President Uhuru have picked 52 proposals from the BBI report, which do not seem to have the agreement of the referendum for it to be passed but can be enacted through Parliament.

Their main aim as per the reports is to pass such proposals just before the next general elections on 9th August 2022. 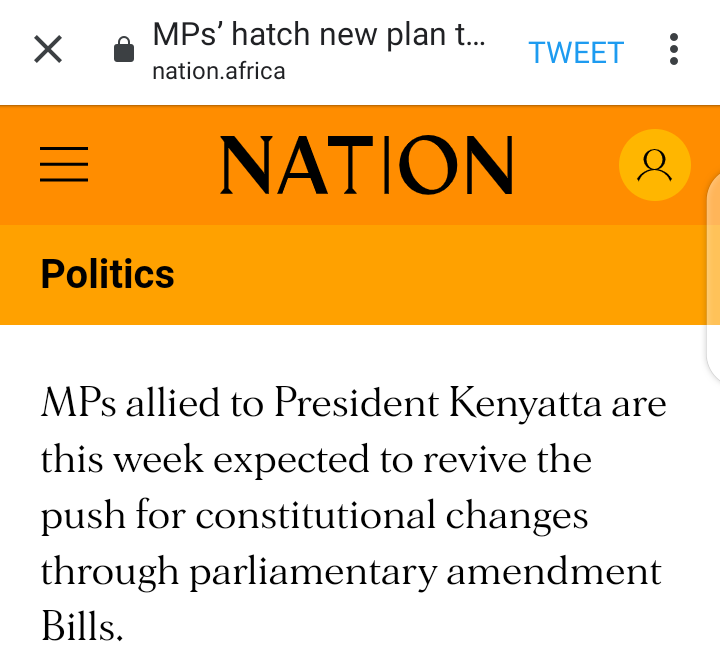 Such initiative by Uhuru's allied MPs to speed up the informed BBI clauses will go hand in hand with similar constitutional changes, being pushed by Constitutional Implementation Oversight Committee (CIOC), which is chaired by Uhuru's ally and Ndaragwa MP Jeremiah Kioni.

Kioni's led committee proposes constitutional changes which require referendum but can be passed through Parliament.

The new plan by the MPs will mean that submissions will be made to Parliament directly through a draft Bill, therefore by-passing long and cumbersome procedures, such as a collection of signatures, verifications and many other issues that come with the referendum.

Among some proposals cited by the team include a 35 per cent increase of allocation to counties, the creation of Ward Fund and many other provisions.

It will be waited to be seen if the MPs allied to Raila Odinga will participate in the move to make some constitutional changes or they will stand on the way, given Raila is now focused on the 2022 elections.

Ruto's allies have vowed to keep their stand firm, claiming that the Big 4 Agenda should be revived since it had the best development approaches before handshake came into their way and disrupt it.

4 people, including infant, freeze to death being smuggled across US-Canada border

"Tumetoka Mbali" Nyce Wanjeri Says This as She Shares Her TBT Photos.

5 Countries With Only One Neighbor