By NewsAdvocate (self media writer) | 11 days ago 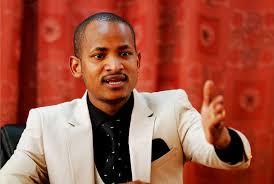 Embakasi East MP, Babu Owino has come under fire in the past over his controversial remarks in the course of his political career.

In September 2017, Babu was arrested over alleged abusive remarks on President Uhuru.

He was later released on a Sh500, 000 bail and two sureties of Sh1 million each. He was facing charges of subversion and offensive conduct as well as an alternative charge of incitement to violence.

He was alleged to have referred unnamed person as “a son of bitch” (motto wa mbwa).

However, the legislator has received huge relief after a Nairobi court has acquitted him over hate speech charges levelled against him.

According to the ruling delivered on Thursday, November 25, Milimani Senior Principal Magistrate Kenneth Cheruiyot stated that the prosecution failed to provide substantial evidence against the legislator.

﻿The prosecution team had sought for Babu to be put to task for words he uttered in 2017 against President Uhuru Kenyatta.﻿

They termed the words as offensive and meant to bring hatred to the top office. The legislator denied three counts including subversion and incitement to violence as well as offensive conduct.

According to the charge sheet produced in court, Owino had uttered the words on September 24, 2017, at a rally in Kawangware. The prosecution stated that the words were meant to provoke an insurgence towards the President.

﻿Babu also faced a second charge of incitement to violence and uttered words that were claimed to lead to disobedience to lawful authority. ﻿The prosecution argued that the words were meant to bring hatred and contempt against a public officer.

Currently Happening: Panic As Another Top School Is On Fire