By Leslie_leo (self media writer) | 1 month ago 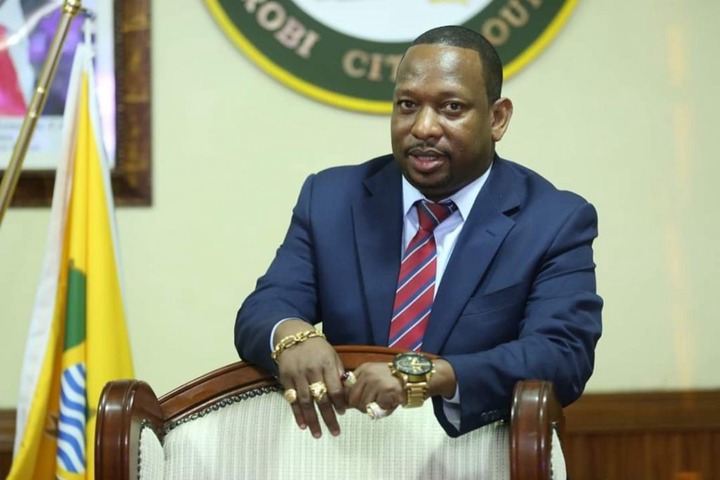 The now-former Nairobi Governor Mike Mbuvi Sonko has been leading on national headlines over his recent expose on allegations of injustice in the Kenyan Justice system as he calls it, 'Rot in the Judicial system'. 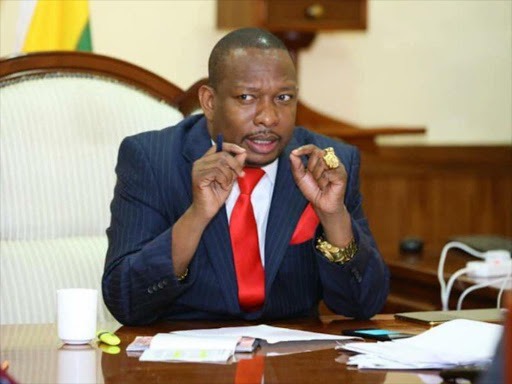 Sonko has been sharing a series of pieces of evidence in video and audio formats of the alleged perpetrators calling out names of senior individuals in the Judicial system. 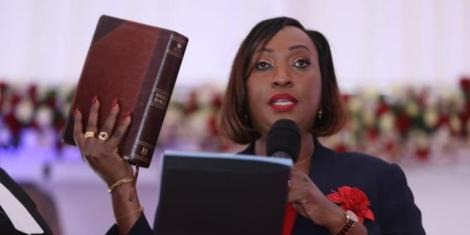 A few hours ago, Sonko took to his official Twitter account and left a long post arguing that he has not personally received any court order that has been served apart from the news alerts same as everyone else.

''Let me state categorically that I have not been served with any court order personally nor have I seen one. I have just seen news alerts that I have been gagged through the media. 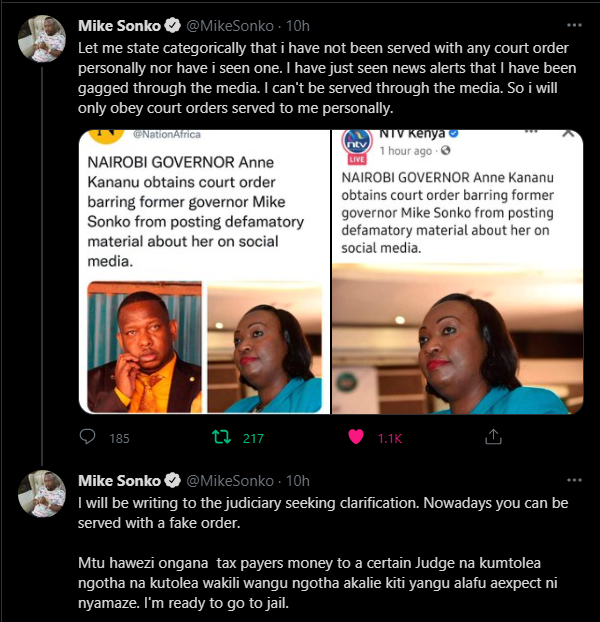 He continued that he cannot be served with a court order through the media but one served to him in person.

''I can't be served through the media. So I will only obey court orders served to me personally.'' Sonko's tweet Read.

Sonko added that nowadays someone can be served with a fake court order and he will be writing to the judiciary to seek clarification.

''I will be writing to the judiciary seeking clarification. Nowadays you can be served with a fake order....''

He then added some sexual content allegations about his lawyer sleeping with the now seating Governor, to be precise he stated. ''...akalie kiti yangu alafu aexpect ni nyamaze.'' 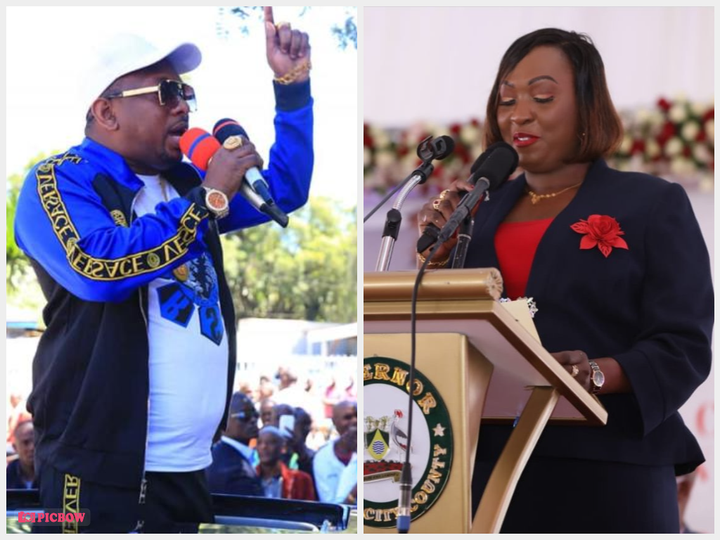 This has been a whole roller-coaster of blame game and allegations as Sonko is determined to find justice.

Content created and supplied by: Leslie_leo (via Opera News )

Hizo Zote, See Amount Of Money Left By The KDF's Lover Who Killed Self And Children.

"Had It Been Me, I Would Have Jailed You Without Trial" Dida Tells Muturi Over His Remarks On Raila