By NewsKenya (self meida writer) | 1 months

A number of By-elections are currently on going in the country. Voters trooped to polling stations on Tuesday morning to elect their leaders in Juja constituency, Bonchari constituency and Rurii ward respectively.

A voter in Juja has leaked a ballot paper, on which he casted his vote for George Koimburi, a close ally of Gatundu south Mp Moses Kuria. 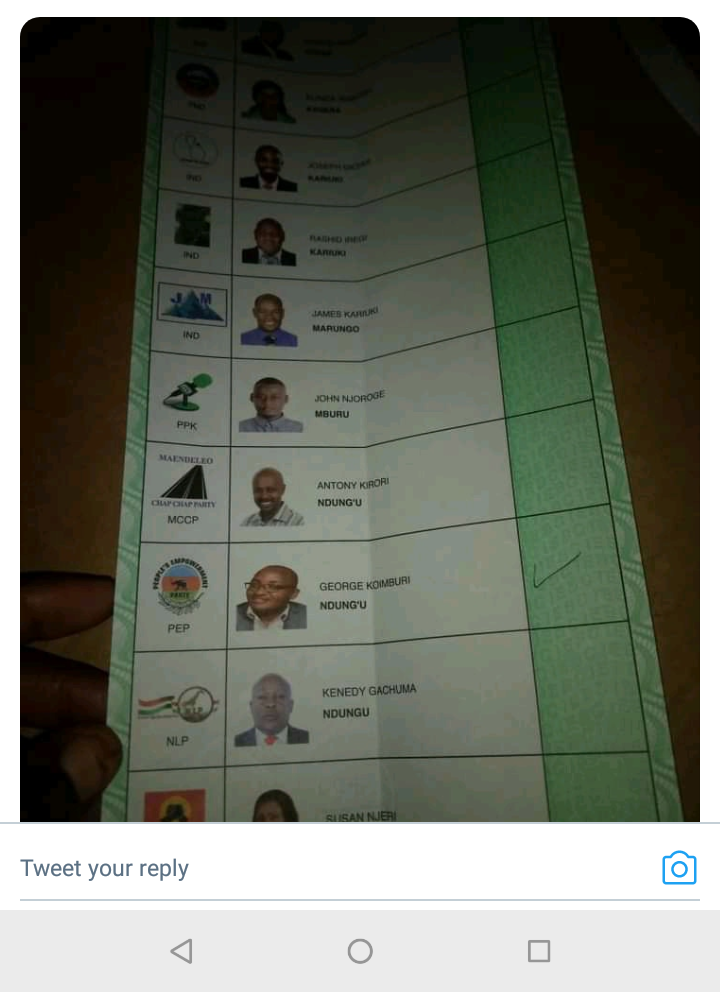 The Juja parliamentary seat is a two horse race between Susan Waititu and George Koimburi, with Susan being the widow of the immediate former area Mp Francis Waititu.

According to reports, it has been alleged that Police officers in Kisii county raided the hotel room of ODM's Secretary general Edwin Sifuna on Tuesday morning. 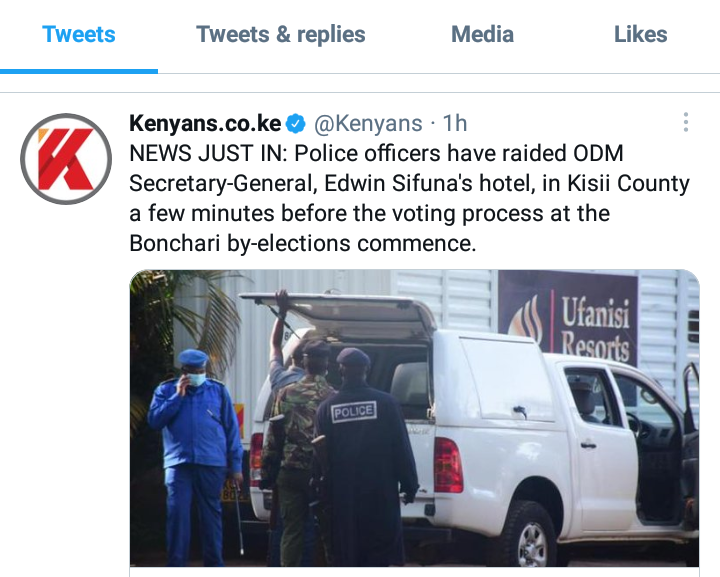 It's still unknown why the officers raided Edwin Sifuna's hotel.