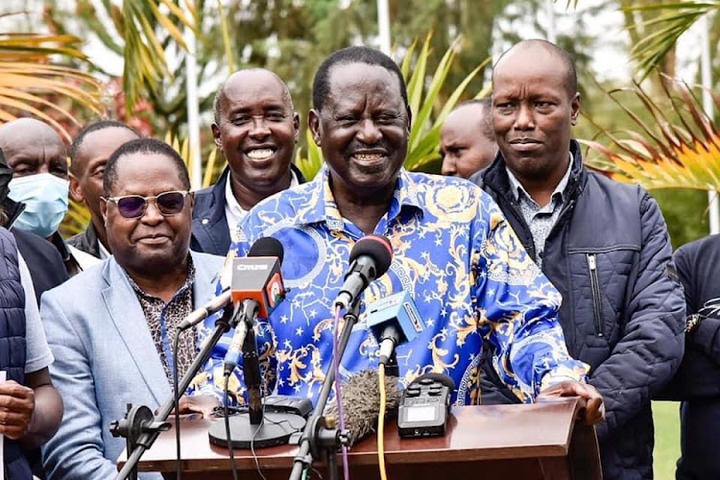 ANC leader Musalia Mudavadi has once again found himself in a funny situation after another leader openly distanced himself from him and his party.

Mudavadi has been dealing with many of such lately, having been abandoned by a number of allies, including his deputy and Lugari MP Ayub Savula.

He had proposed Nyamira governor Amos Nyaribo as his preffered next deputy, but the governor on Sunday said that he is instead better off with the rival camp.

He said that it is only ODM leader Raila Odinga's Azimio La Umoja that can cater for the needs of his people, indirectly endorsing the former Premier.

"Our interest as the people of Nyamira County and as a nation are better addressed through the Azimio La Umoja initiative. Following the unfortunate incidence, we will be issuing further political direction in the coming days," he said, as is quoted by People Daily.

The County Chief spoke while explaining the reason behind his decision to walk out of Mudavadi's mega event at the Bomas of Kenya in Nairobi.

He said that the presence of Ruto at the function was the reason behind his decision to leave, given that he doesn't agree with what Ruto stands for and adding that things now point at an ANC-UDA union.

He stated that there was also no agreement that Ruto was to attend the function, hence the walkout by OKA principals Gideon Moi and Kalonzo Musyoka.

Nyaribo also took issue with Mudavadi's decision not to publicly endorse him as the ANC National Deputy Party Leader at the NDC meeting.

"The main agenda of the NDC was to endorse H.E Mudavadi as our presidential candidate. In the NDC, H.E Deputy President William Ruto and members of his UDA party arrived at the meeting. The arrival of DP Ruto and his UDA entourage was not part of our agenda. Consequently, I and other leaders including OKA principals walked out of the meeting," he said. 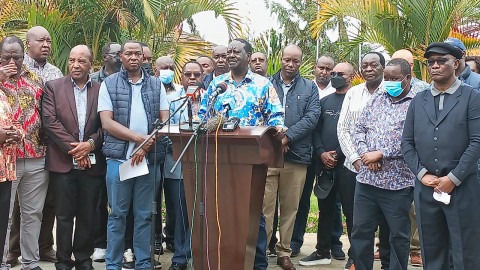 Interestingly, he was also among the governors who attended Raila's meeting in Naivasha earlier.