Hours after Ugunja MP Opiyo Wandayi declared interest in knowing Ruto's position in the fight against runaway corruption that has bedevilled the country for ages, his fears that Ruto will abstain from the biting issue has come to pass following the DP's move to give the topic a wide berth during his manifesto launch.

While speaking in Awendo, Migori county during Azimio la Umoja campaigns that were steered by Raila, Wandayi told supporters that Ruto's reputation is soiled with corruption allegations and that Kenya's should keep close watch and evaluate his manifesto to ascertain his determination to curb the vice, as did by Raila weeks ago.

However, in the star-studded event held in Kasarani, DP Ruto focused on revolutionary economic and social agenda, while widely ignoring the bid elephant in the house, corruption.

"Just as I predicted earlier in the day, William Ruto's loud silence on the fight against corruption during his manifesto launch is spectacular!" Wandayi said.

Meanwhile, while in Migori, Raila and his fully-fledged brigade expressed their determination to have the Azimio Government to address economic revival through development of infrastructure, agriculture and the fight against untamed corruption.

Raila has promised to address these issues once in office. 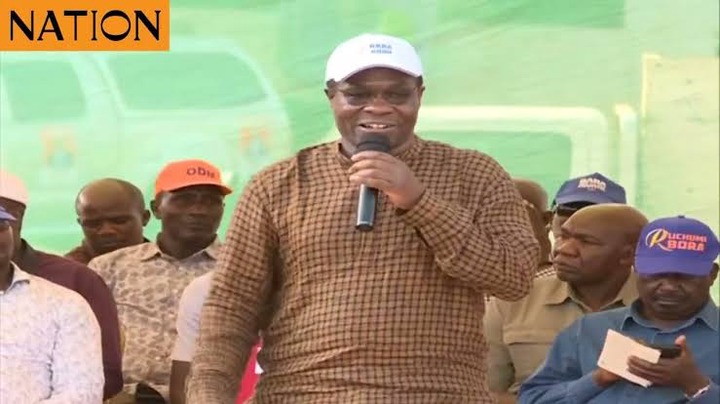