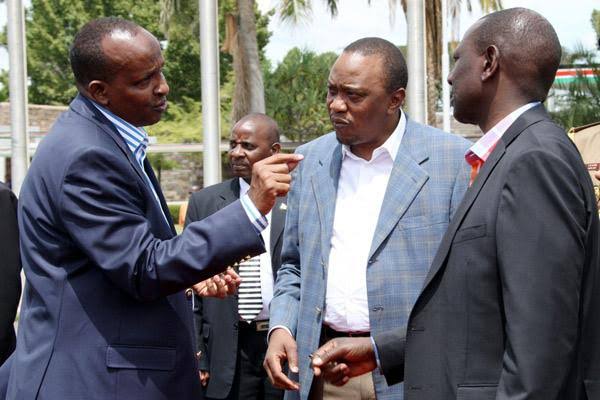 The political landscape has turned to be more turbulent as the chess game and supremacy battles intensify ahead of the 2022 General Elections. Politicians are shifting goals and turning the political arena to be a blame game. Others are taking positions to look relevant ahead of the race.

President Uhuru Kenyatta has constantly told his political critics that he is in charge of the government and the nation and he will never allow to be belittled. Recently, Uhuru's pointman has lamented for being axed from the top seat in the Parliament.

Hon. Aden Duale who was the former Leader of the Majority in the Jubilee Government has said that there is nothing that the President asked him to do within the confines of the legislature and outside that he didn’t do but still Uhuru did not spare him. Duale said that he defended the undefendable. He claimed that Uhuru made him pick political wars with people he should have never with and at the hour when they needed the support of Uhuru, he threw them under the bus. 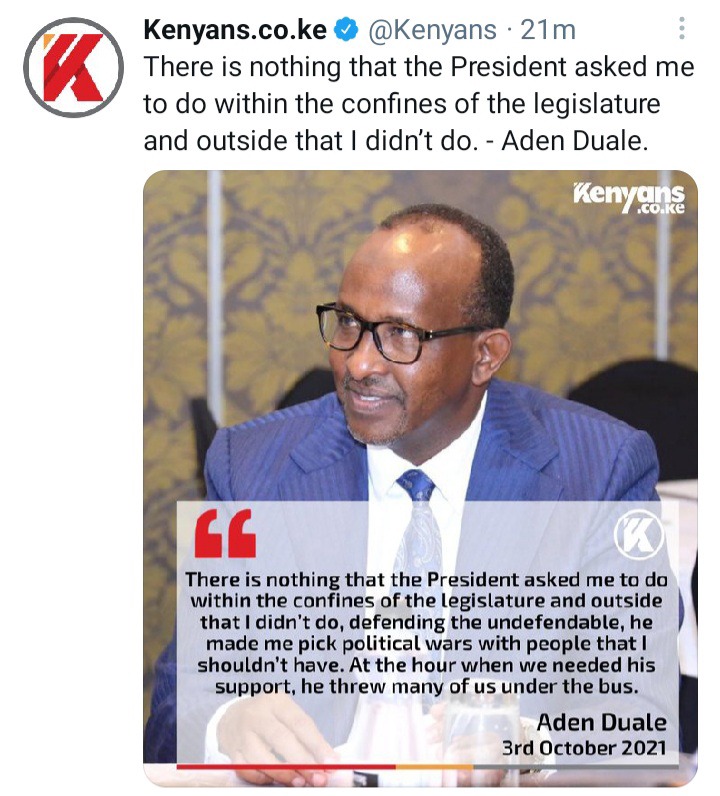