By NewInKenya (self meida writer) | 2 days

Kakamega governor Wycliffe Oparanya, also the deputy party leader Of the Orange Democratic Movement, has completely changed tune on the presidency and it can be concluded that he has shelved his ambition in favour of his mentor and political boss Raila Odinga. 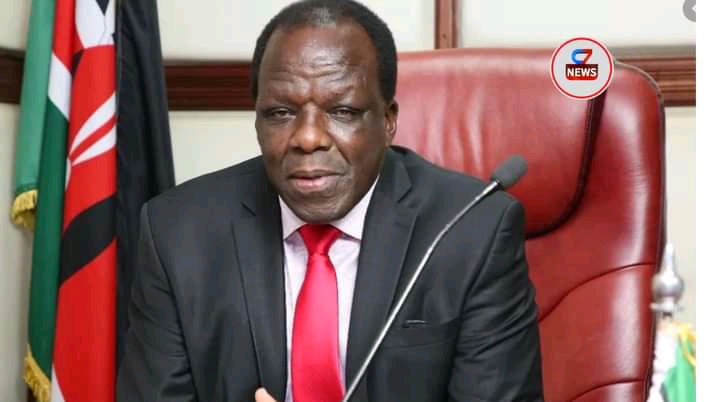 The second term governor is no longer interested in the presidency and does not want to deputise his boss in 2022. According to him, he feels that being Raila's running mate will cost them the seat considering that they both hail from Western Kenya where they already have a great support.

Oparanya has now asked the former prime minister to pick a politician from the Mount Kenya region as his running mate in 2022, this way he feels their camp will get support from the vote rich region, he further revealed that they have called for a meeting to pass the information to the Orange Democratic Movement party boss.

Oparanya is a close ally of Raila, he accompanied him to a meeting between president Uhuru and OKA principals, he his without doubt privy to all Raila's game plans. 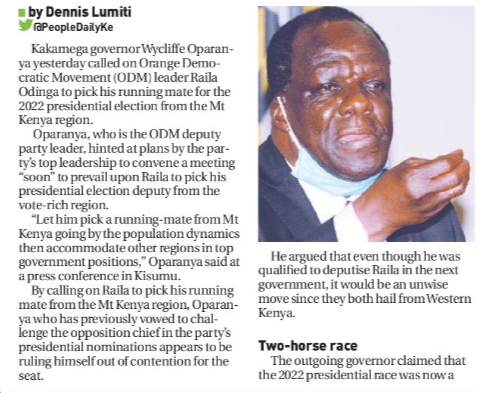