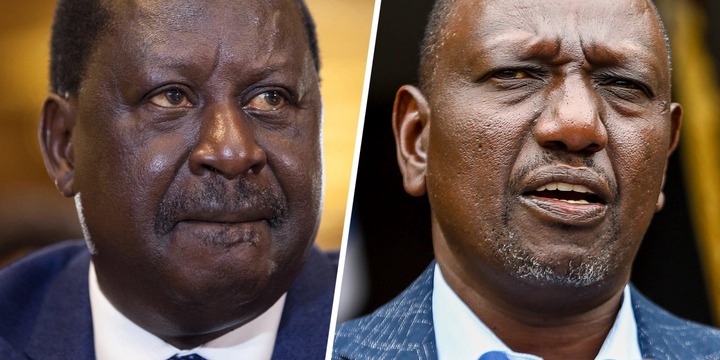 In the recently concluded general elections in Kenya which was conducted by the interim independent and Boundary Commission (IEBC), has clearly depicted the impact of every leader in his command area.

According to a renowned political analyst, Arnold Maliba, president Uhuru Muigai Kenyatta successfully managed to contribute to the current Azimio's results. According to his statement, he stated the deputy president, Dr. William Samoei Ruto, is currently giving Raila Amollo Odinga a headache. 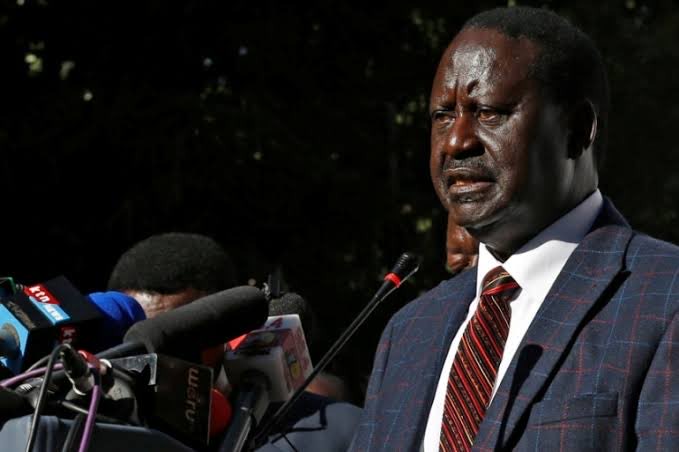 "You know how bad it would have been if Raila was running on his own. If the DP is giving Raila a hard time with the support of the state, what would have happened if he was running alone? Uhuru has done some heavy lifting", said Arnold Mariba. 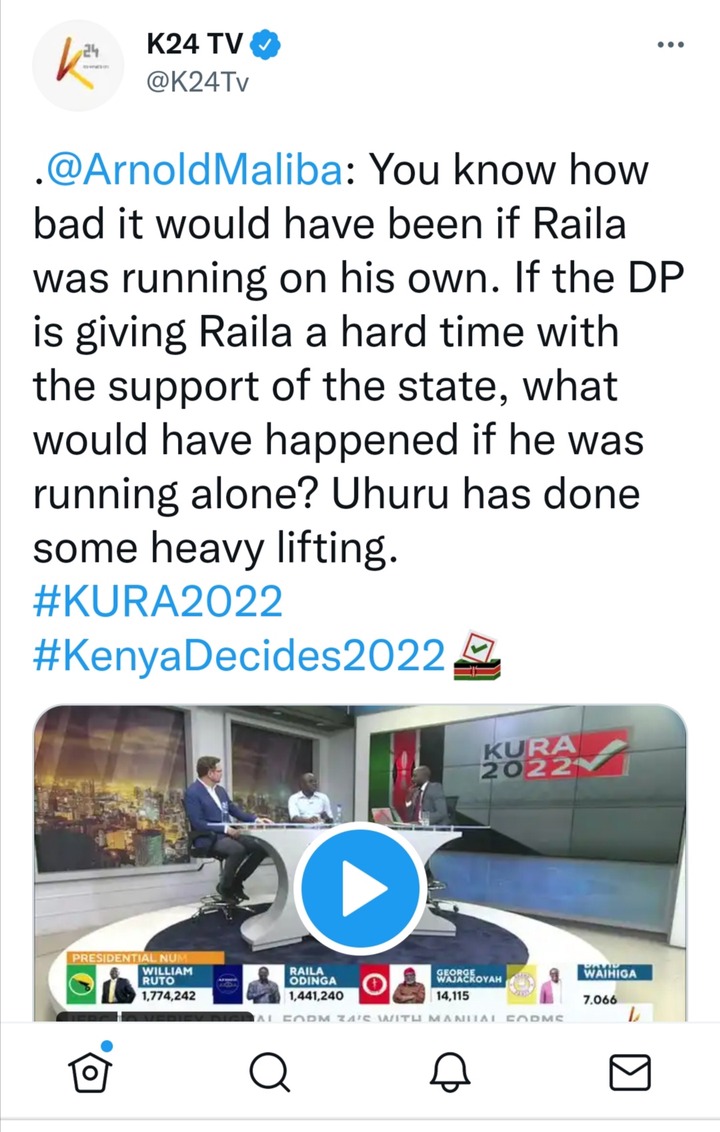 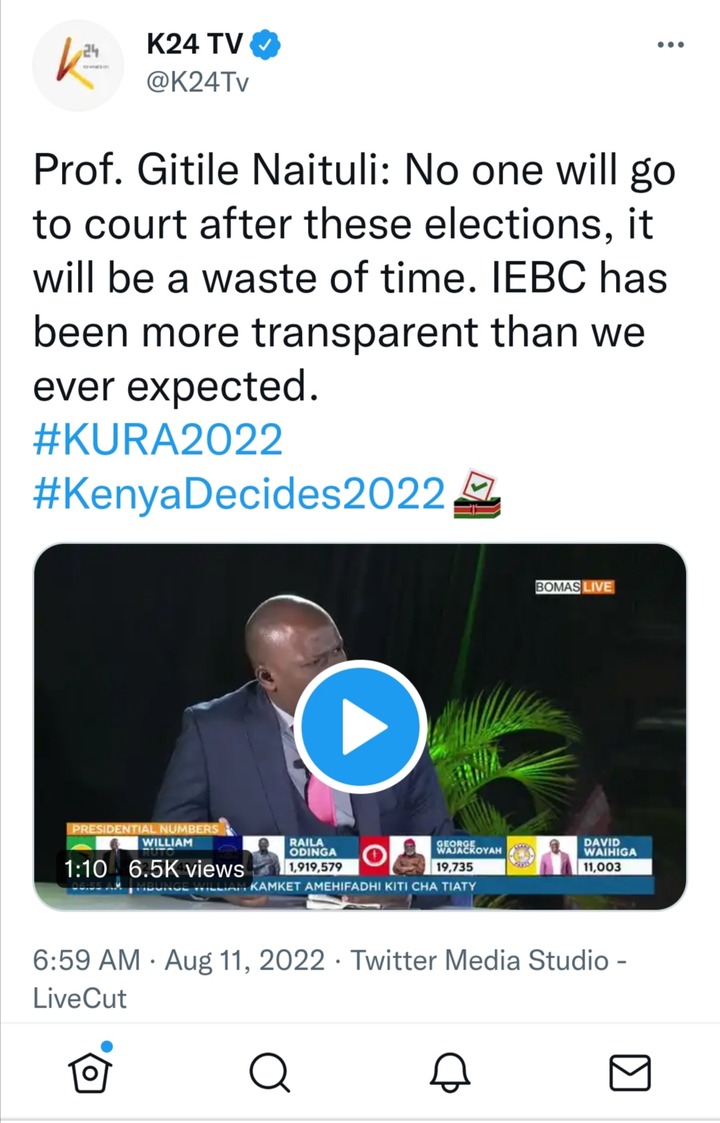 According to the current results by Nation Kenya, the deputy president, Dr. William Samoei Ruto, is leading with 6,676,809 votes. His close competitor is in the second position with 6,534,171 votes.

Kenyans React As Gachagua Alleges 250 Billion Was Used For Azimio Project And BBI.

Besides Raila's Endorsement, Kenyans Told What the Next Luo Kingpin Will Need