The Ethics and Anti Corruption Commission has went to court in attempts to freeze Ksh. 637 million which was allegedly found in the possession of a former county officer.

Taking to their different social media accounts to confirm the incident, the EACC has revealed that they were able to find out that the suspect who has been identified as Wambua Musyoka had acquired the entire some of money within a few years despite the fact that he has been working for the government for a while.

With this in mind, the officers from the EACC have revealed that they are currently investigating the suspect in order to find out whether or not he stole the money.

This is happening at the same time when President Uhuru Kenyatta has revealed that he is going to make sure he works on the increasing cases of corruption in the country.

While reacting to this incident, kenyans who took to their different social media accounts to express their opinions and suggestions on the matter have congratulated the EACC claiming that they were doing the right thing in order to reduce the increasing cases of corruption in the country.

According to the reports given by most Kenyans, they claimed that one of the main reasons why the country is yet to grow economically is due to the fact that most politicians who are employed by the government often turn into greedy individuals who for one reason or another, start stealing government's funds. 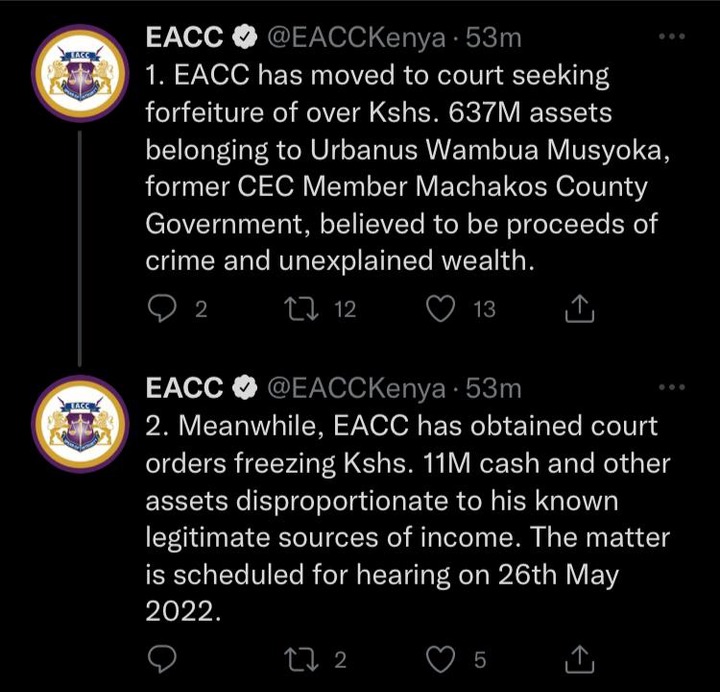