Locals of Homa Bay county have started their Tuesday engulfed with grief and worries after two people unexpectedly died in ihumane manner on eve of general elections. 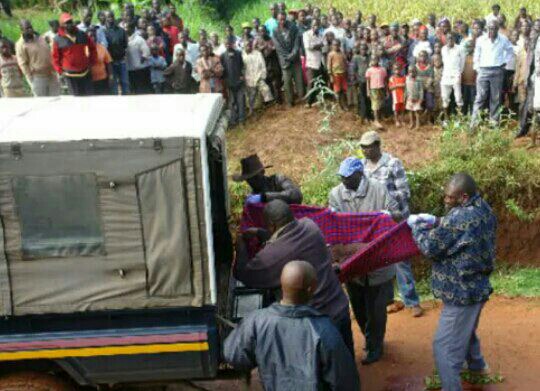 According to reports, the victims, Kefa Mwaya and Michael Adhiambo met their unfortunate fate after a group of nefarious people ambushed them in two separate occasions.

Kefa, who hailed from Komungu-sub location was hacked to death with a machete by assailants believed to be supporters of an unnamed candidate based at Ndhiwa Constituency.

A random resident who sought anonymity for investigation purposes revealed that the 47-year-old succumbed to his injuries after efforts by locals to save his life bored no fruits.

"We received a distress call about the incidence only for the victim to succumb to deep cut injuries that he sustained during the incident," he said

Elsewhere, 36-year-old Michael from Angiro Village died after unknown people made a planned attack that rendered stabbed to his death.

Meanwhile, Homa Bay County Police boss, Samson Ole Kine divulged that they have launched a probe into the matter with hopes of establishing the motives of the vice.

I Have Accepted The Reality That Ruto Is The President: Raila's Close Finally Says

Expert Alleges Ruto-Uhuru's Recent Move That is Made to Isolate, Weaken Raila & Azimio Side