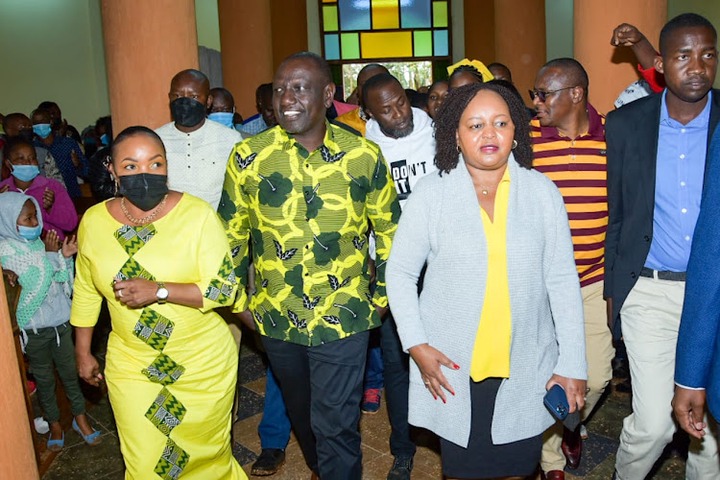 The deputy president William Ruto was forced to intervene in the political rivalry between the current Kirinyaga governor Anne Waiguru and Purity Wangui Ngirici who have been attacking each other directly in the public. The deputy president had to intervene between his two allies of Mount Kenya who were taking at each other in Mount Kenya before he arrived qt the scene of the rally. 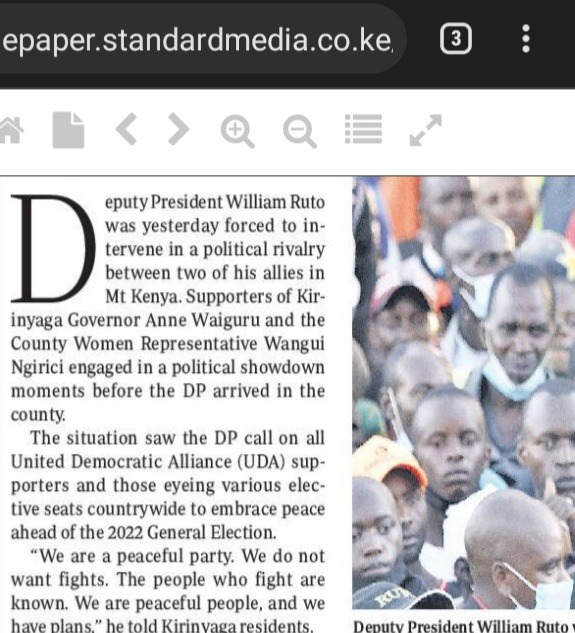 The supporters of both Anne Waiguru and those of Purity Wangui Ngirici are revealed to have engaged in a political showdown moments before deputy president William Ruto arrived at the scene. The situation forced the deputy president to make a declaration to all the United Democratic Party supporters and those eyeing various seats to embrace peace ahead of the 2022 general elections.

The deputy president declared that his party is peaceful and he doesn't look forward to wrangles and fights while promising fair nominations in his party ahead of the 2022 general elections.

Kenyans Air Disappointments With Mudavadi After Attacking Uhuru, Tells Him Why he is Still Unpopular