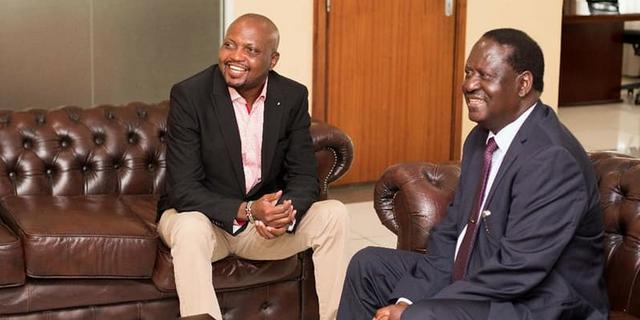 Gatundu South Member of Parliament Moses Kuria has shocked the nation after revealing inside details of the deadly 2007 Kiambaa Massacre.

The massacre took place at the Kiambaa Village in Eldoret after rowdy residents burnt over 50 people inside a church. This was one of Kenya’s deadliest post-election violence act that has ever been experienced in the country. 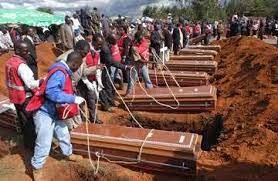 15 years later, as the country is warming up for the general elections in August, scenes of violence have been experienced in some parts of the country during campaigns.

Through his social media platforms, the Gatundu MP urged leaders to maintain peace and end pre-election violence and disruption of campaign activities. 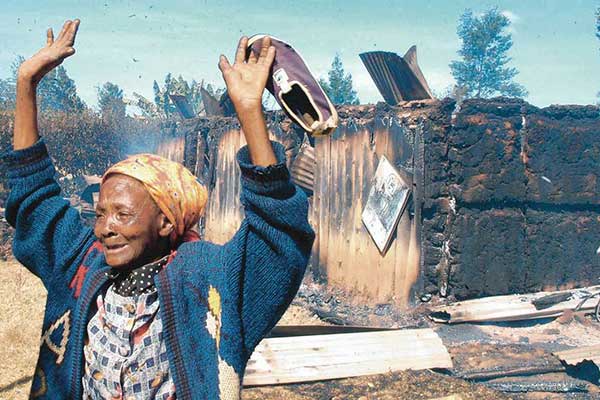 Further, Kuria criticized leaders who are fond of telling stories rather than acting to avoid such scenarios. Kuria gave an example of what Raila Odinga knew a day to the 2007 massacre.

According to the MP, Raila Odinga was briefed by both the British Intelligence and the BBC of an army marching towards the Burnt forest from Kerio Valley ready to attack communities. 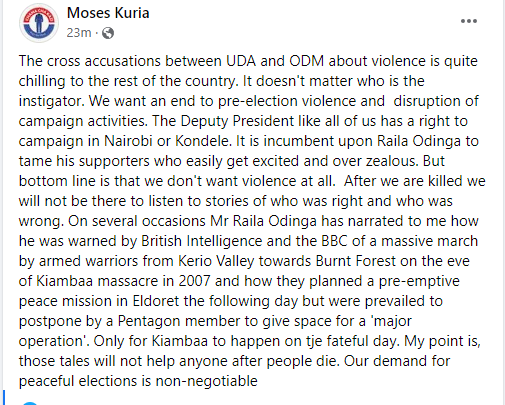 However, the intelligence was not worked upon and unfortunately that same night Kiambaa Massacre was carried out. The Gatundu MP revealed that Raila has on several occasions narrated the story to him concerning all the intelligence reports he received concerning planned attacks.

Kuria finalized by stating that Stories are not important as they help no one after death but peace is what electorates demand.

"We Are Taking Backseat, "Mt Kenya Leader Says After Ruto Picked Gachagua as His Running Mate

Raila To Name His Running Mate Anytime From Now