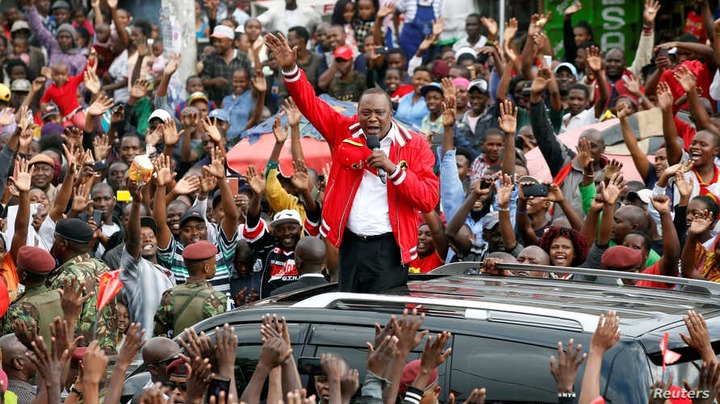 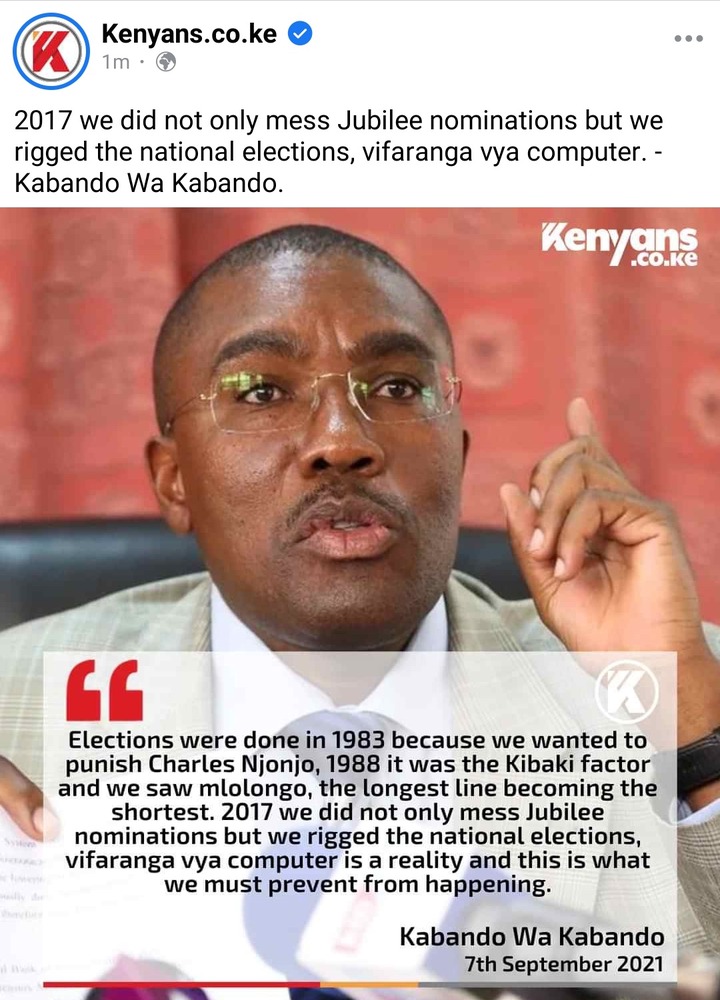 Despite his claims of messing the Jubilee nominations, Kabando continued to vie as an independent candidate despite supporting Uhuru Kenyatta as the next president in 2017. However, things have gradually changed and Kabando has come out to make it clear on the alleged rigging. Kabando who is an ally of the president has now claimed that election rigging must be prevented from happening in comparison to the previous general elections which involved rigging of votes.

Do Babies Pee In The Womb? 7 Weird Things That Happen During Pregnancy

Ladies Beware; 7 Signs That You Are Dating A 'Player'.

Actress Neema is At Mombasa For Holiday(Photos)

If Your Body Can Do That, You Are One In A Million

Are You Dating? This Is How To Know The Man Chasing on You Is A Married Man

Juliani Sparks Reactions With A Biblical Quote In A Post, Says This About Judgment

Remedies To Why Everyone Is Suddenly Looking For Guava Leaves