By @yokeabu (self media writer) | 8 days ago

The main headline focuses on the ruling of the maritime case in favour of somalia by international court of Justice (ICJ) with slight adjustments.

Kenya had initially stated that it would not respect the ruling and was not represented at the Hague where the ruling was made.

Top government Officials in Nairobi accused the ICJ judges of biase in making their unprecedented ruling. 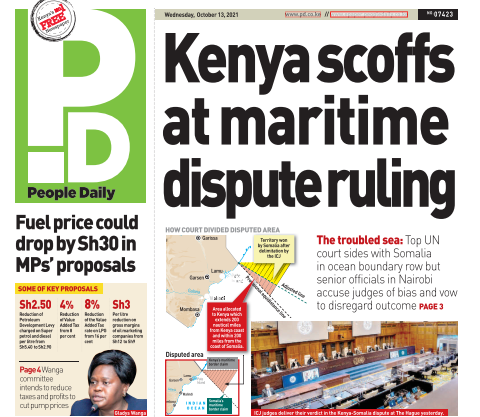 The main headline is about attempts by members of Parliament to clip the Deputy president's powers.

The considerational implementation and oversight committee (CIOC) chaired by Ndaragwa MP Jeremiah kioni through a bill wants to introduce the positions of prime minister, two Deputies and the deputy president.

If the proposals go through, the prime minister will lead the government Business in the house.

Currently, the deputy president William Ruto is Kenya's second most powerful figure in government and can't be fired by the president.

The members of Parliament have also proposed the creation of 73 additional Constituencies.

In another story, the ODM leader Raila Odinga has indicated that he will be ready to accept the results of 2022 general election whether he loses or not.

In 2017, Raila succefully appealed against the IEBC verdict that granted Victory to president Uhuru Kenyatta but failed to participate in the repeat Polls. 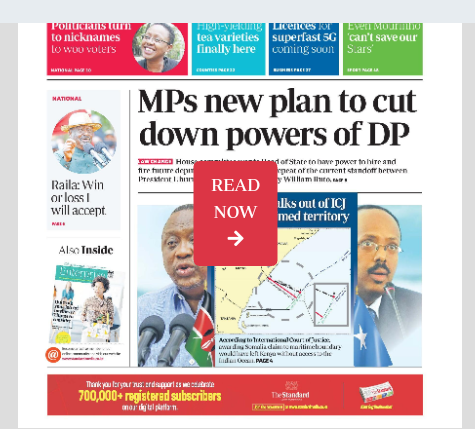 Raila who met mount Kenya youths yesterday, Promised to appoint 4 youths to his cabinet if he wins presidency.

Earlier on, the former prime minister had promised to give Ksh 6000 to all the unemployed youths.

Kenyan youths will play a key role in next year's August general election given their big numbers.

In another story, it will be an offence if Children are denied food by their parents or guardians if proposals by members of Parliament are passed.

Perpetrators will be fined or jailed for three months if found guilty of denying children this very critical basic need.

And in sports, European football powerhouse Germany has become the first country to qualify for next year's world cup which will be held in Qatar. 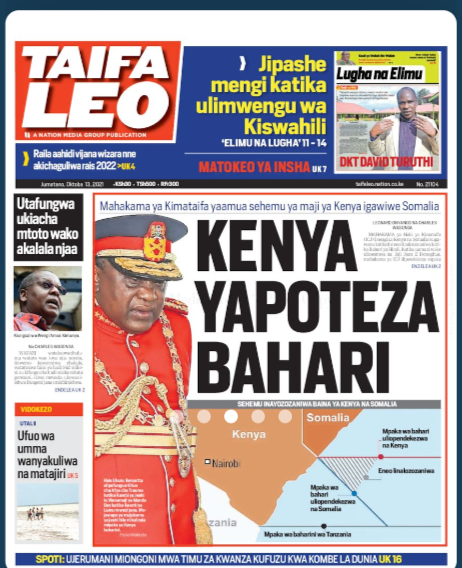 The heading is on the ICJ's ruling on maritime border dispute between Kenya and Somalia whereby Nairobi has to either ignore the ruling or report the matter to United Nations security council.

In another story, low voter registration in ODM Leader Raila Odinga's strongholds continues to elicite reactions from his allies with some now crying foul.

The orange democratic movement members of Parliament are now accusing the IEBC of biase. 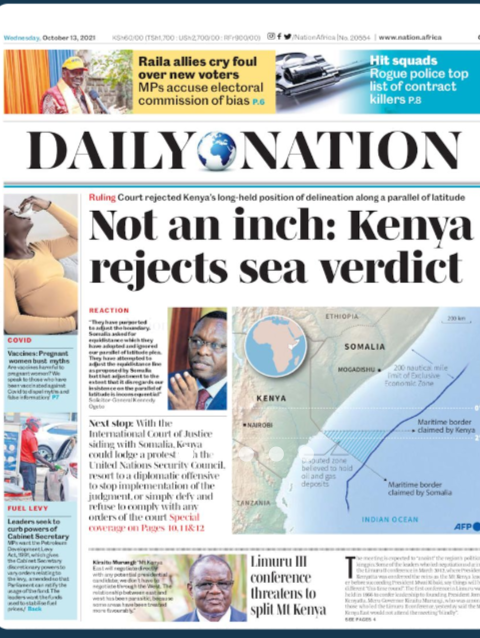 The paper Reports on how mps had their travel expenses Increase by fourteen times following the easing of Covid-19 travel restrictions. 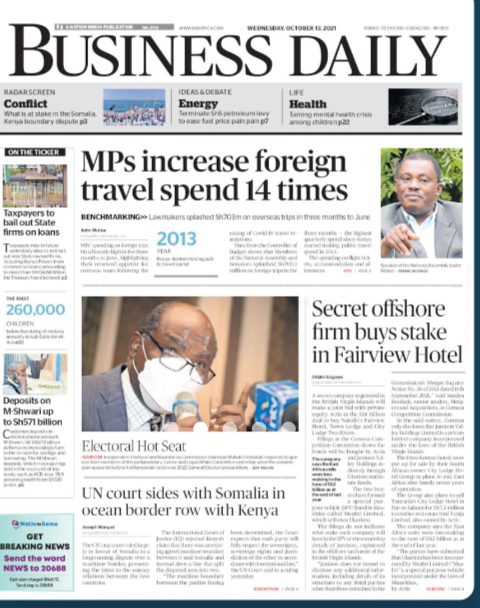 Jubilee Party's plan to fire 70 Officials has caused eyebrows as the said Officials call upon the president to intervene so as to salvage their jobs.

Those targeted include directors in a move believed to be plotted without the knowledge of the party's secretary general Raphael Tuju.

The paper has carried another story on how the current Speaker of national assembly Justine Muturi became who he is.

Justine Muturi who was once suspended from high school wants to be Kenya's fifth president. 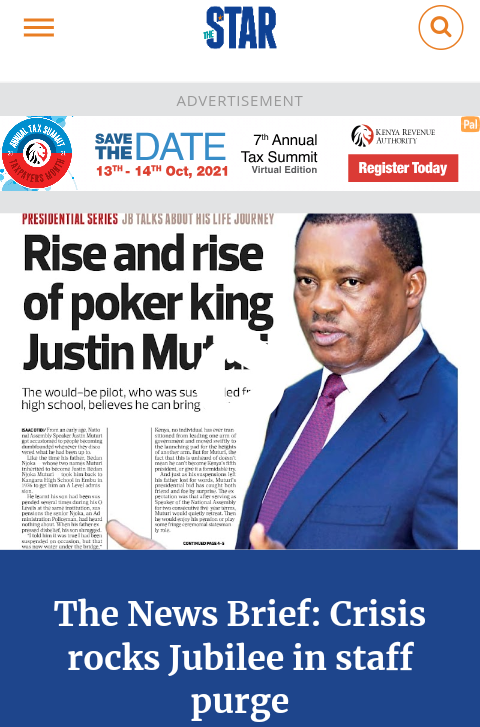 Atwoli Changes Tune on Ruto's Presidency, Divulged Who Will Be President 2022