Jubilee party vice Chairman David Murathe has claimed that he is very fearful of what the deputy president of Kenya, honorable William Ruto is going to do once he is defeated by the former prime Minister of Kenya and Orange Democratic Movement party leader, honorable Raila Odinga in the oncoming General elections. 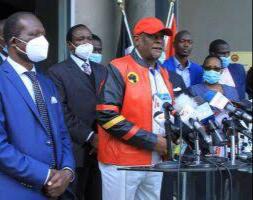 According to the reports given by Murathe, he claimed that the deputy president of Kenya has proved and actually showed ln several occasions that he is not going to accept defeat adding that Ruto is someone who is willing to die because he is power hungry.

Murathe who was speaking on K24 claimed that the deputy president of Kenya might go ahead and amend the constitution if he becomes president to extend his term.

"Ruto is someone who is ready to die for power. He can even go ahead and change the constitution to make him stay longer in power if he becomes president. The deputy president of Kenya can't and will never accept defeat. Ruto has said it countless times and even showed signs that he won't accept defeat. President Uhuru Kenyatta is the only president who conceded defeat after 2002. I'm very fearful of what will happen if the deputy president of Kenya is defeated in the oncoming General elections because i know that he is going to be defeated", David Murathe.

This is happening at the same time when the deputy president of Kenya has revealed that he is going to concede defeat if at all he's beaten by any presidential candidate. 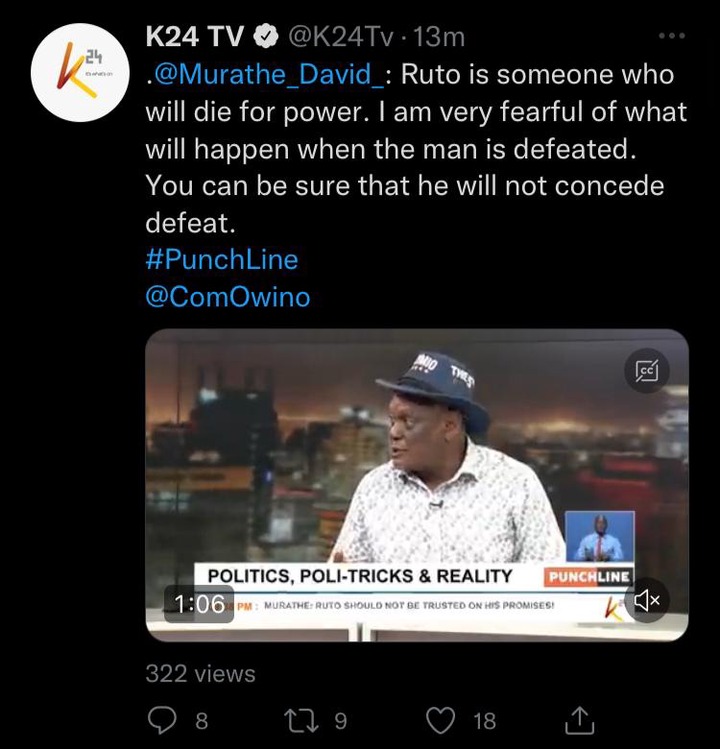