By Gamba-Osaka (self media writer) | 27 days ago 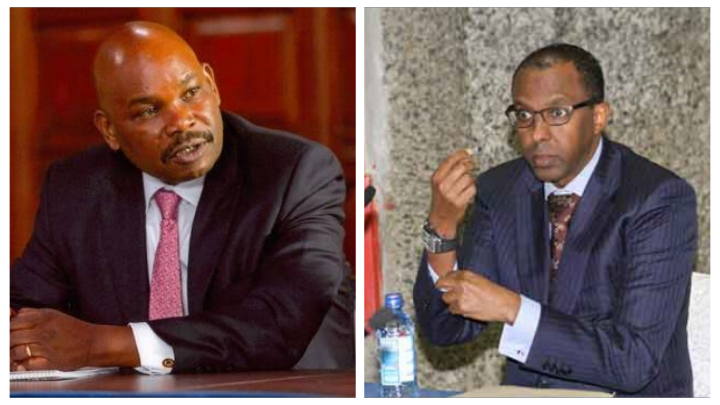 News reports show that a total of 89 Kenyans have succumbed while working in Saudi Arabia in the past 2 years. According to Saudi Arabia, all of these Kenyans allegedly died of cardiac arrest which has prompted a reaction from lawyer Makau Mutua who was forced to drag his colleague, Ahmednassir Abdullahi to the situation.

Mutua wondered why the foreign affairs ministry of Kenya led by Cabinet Secretary Raychelle Omamo has done nothing when Kenyans are being butchered in Saudi Kingdom with absolute impunity. He stated that perhaps the 89 Kenyans who died were the subjects of organ harvesting that have been rampant of late.

Mutua was furious that Lawyer Ahmednassir Abdullahi failed to retweet his post on Saudi Arabia's killing of Kenyans and instead tweeted gibberish to distract him. However, GM stated that there is nothing wrong with the Kingdom of Saudi because it hosts tens of thousands of Kenyans and hence Mutua's accusations were just cheap propaganda.

Mutua gave in and said he won't argue more about Saudi Arabia's impunity with GM, that only Allah could handle him. 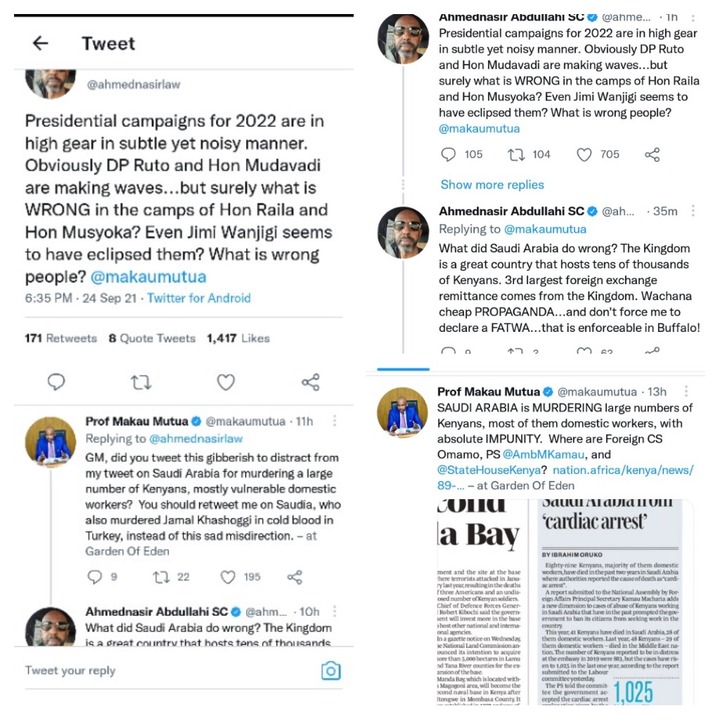