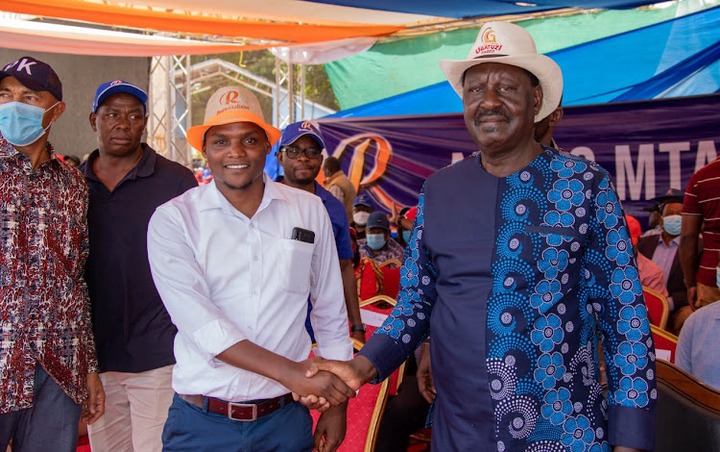 Murang'a Senatorial aspirant Pius Kinuthia has proposed flamboyant city lawyer Donald Kipkorir be appointed as the Attorney General should ODM leader Raila Odinga be sworn in as the country 5th Head of State.

The youthful ODM politician termed Kipkorir as a "loyal and true Baba's soldier" who deserves to be the head of the Kenyan State Law Office and the principal legal adviser to the government. 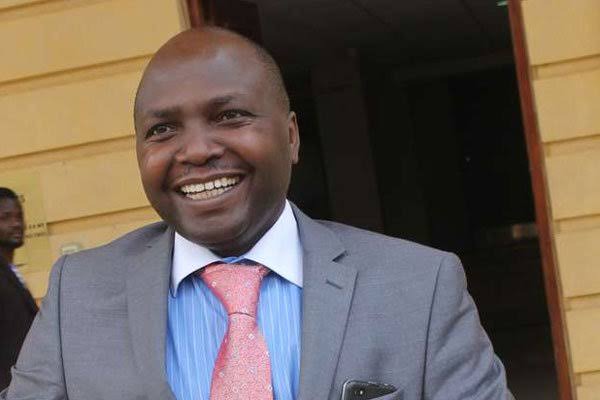 "I propose @DonaldBKipkorir as the Attorney General in Baba’s government," Kinuthia tweeted on Tuesday night.

In a quick response, Kipkorir, the founding partner KTK Advocates, declined the offer saying he has and will never accept to serve as Attorney General or Cabinet Secretary.

"Bro, I don’t want & will not accept a Cabinet position. I will be carrying water for the President," the lawyer replied. 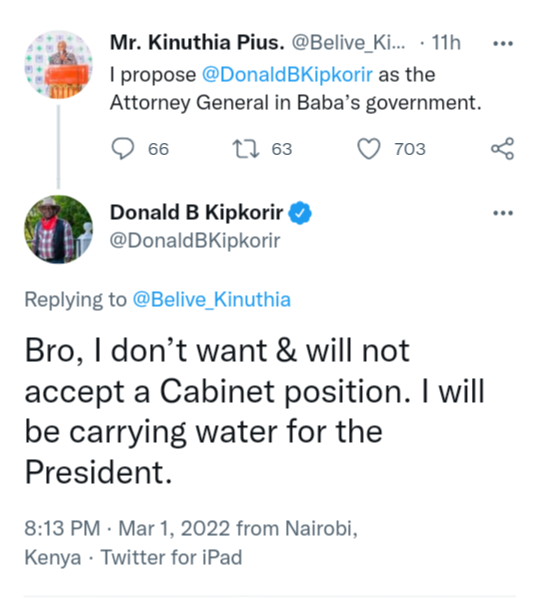 Kipkorir was one of the lawyers who represented Raila at the Court of Appeal when he petitioned the dismissal of the Building Bridges Initiative (BBI) by the High Court.

He has also been defending the former Prime Minister online particularly from onslaught from supporters of Deputy President William Ruto's UDA camp. 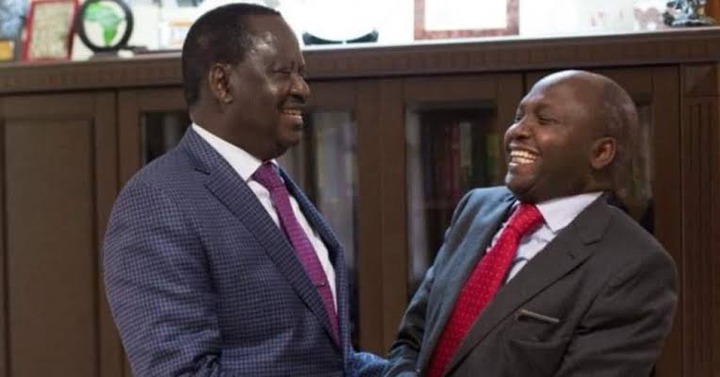 On the ongoing argument between Raila and Kalonzo over 2017 pre-election agreement, Kipkorir holds that the Wiper boss should not demand to be backed by his ODM counterpart since the latter did not win the polls and, therefore, the contract was unenforceable.

"The underpinning foundation of NASA Agreement was that RAILA ODINGA will hand over to Kalonzo Musyoka when Raila wins the Presidency. As Raila didn’t win the Presidency, then there is no substratum to the contract. NASA contract became voided," the lawyer said.

Ithumbi Reacts After Munya Was Heckled In Nkubu Market, Meru, Alleges What Munya Was Told By Crowd

Man Loses 500,000 Shillings to 'Mchele Gang' in Naivasha While Attending the WRC