"BBI Doesn't Belong to Uhuru, Raila," Dennis Waweru Says as he Reveals How Much Referendum Will Cost

BBI co-chair Mr Dennis Waweru has dismissed ongoing claims that the constitutional reforms brought about by the 2018-handshake between President Uhuru Kenyatta and the Former Prime Minister Raila Odinga is made to benefit the duo. 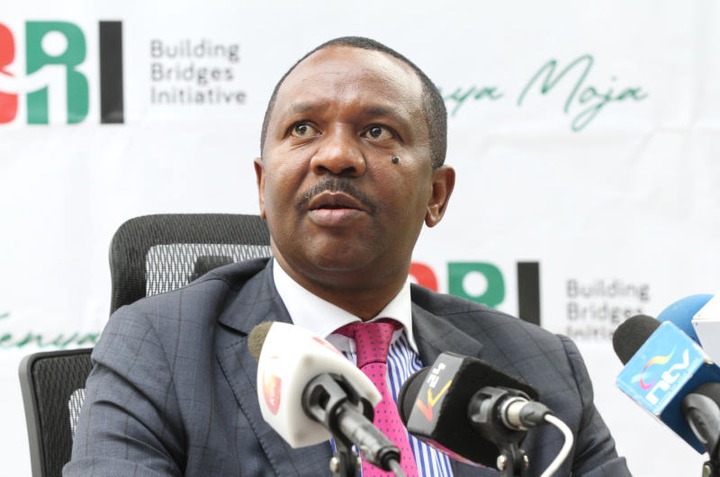 The former Dagoretti South MP reinstated Uhuru's sentiments that the bill comprises of numerous benefits that will solve different issues that have been affecting Kenyans since the promulgation of the constitution in 2010.

Speaking during an interview on Monday morning on NTV, Waweru called upon Kenyans to support and vote for the bill during the July scheduled referendum.

He went on to dismiss IEBC's statement that the referendum will cost Kenyans Sh14 Billion, stating that the cast on the ballot will be a 'yes or no' and hence not costly compared to a general election. 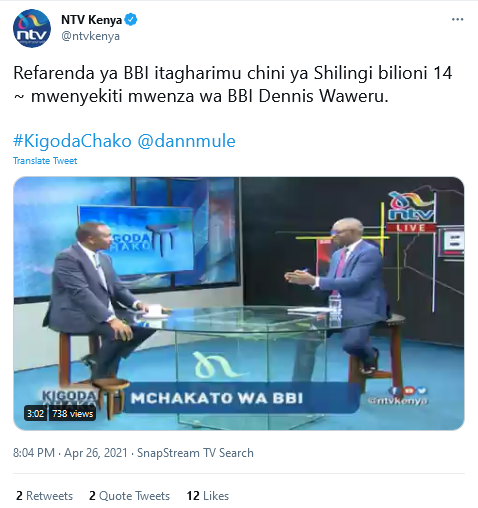 "The BBI is a people driven initiative thus you can't change even a coma. We cannot use 14 Billion Shillings on the referendum. First, the IEBC has all the equipment we used during the 2017 general elections, this is a very simple process and Kenyans should not listen to the propaganda on the cost of the referendum.."

His sentiments comes days after his co-chair revealed that the bill's referendum is slated for July this year.

Raila Can't Do It Alone, He Should Form A Coalition Ahead Of Next Year Elections, See More Details