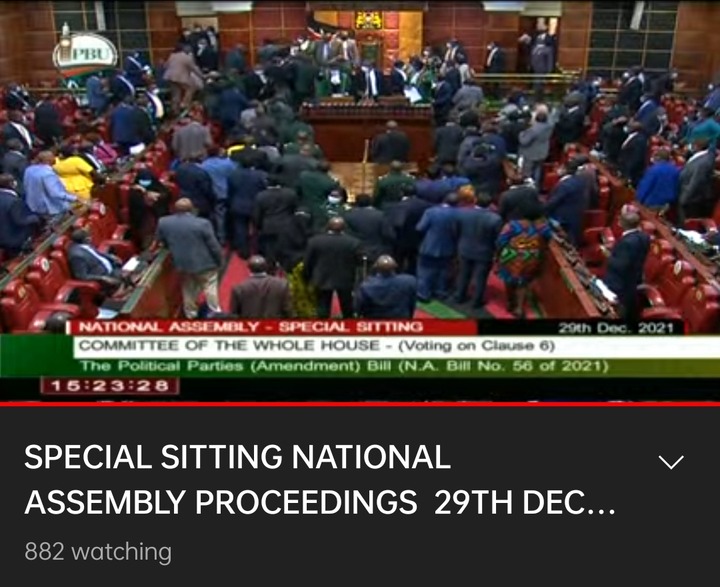 Members of Parliament fighting on Wednesday after.

A fight broke out in parliament on Wednesday as Members of Parliament were voting on the controversial Political Parties Amendment Bill.

Though it is not clear who started the fight, it interrupted the voting and among those affected was the Limuru constituency Member of Parliament Honourable Peter Mwathi.

The Luanda MP (who was chairing) Chris Omulele on Wednesday found it rough navigating through a ‘chaotic’ House sitting convened to discuss the controversial Political Parties (Amendments) Bill, 2021. 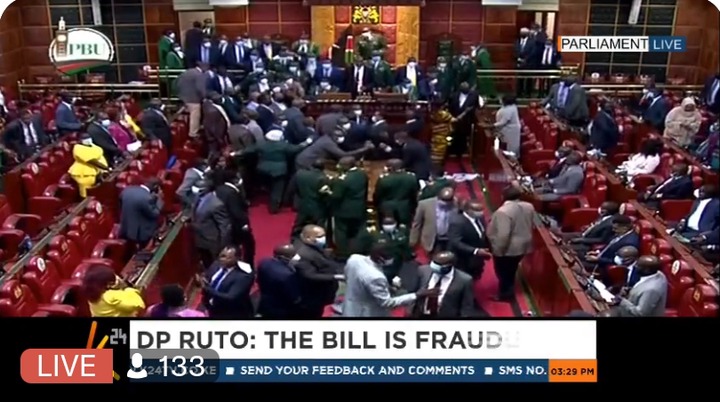 Among those who were thrown out of the speaker's desk is the Kandara Constituency Member of Parliament Honourable Alice Muthoni Wahome who the chairperson noted was misbehaving.

Earlier, the Members of Parliament allied to deputy president William Ruto had expressed issues with the man we in which the voting was taking place.

Debate on the legislation, backed by Raila and President Uhuru Kenyatta, ended prematurely on December 22 after which the Speaker directed a further review of the Bill at the JLAC.

Meet The World's Youngest Serving President, His Age And The Way He Attained The Power