By TheOnlineTutor (self media writer) | 1 month ago 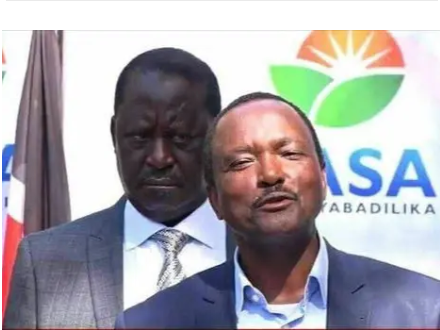 As the August general Elections are just 81 days to go, the political temperatures keep on mushrooming day in day out in various parts of the country.

It's also evident that the major dominant Coalitions so far are two, the Azimio La Umoja led by the former Prime Minister Raila Odinga and Kenya Kwanza by the deputy president William Samoei Ruto.

Stephen Kalonzo Musyoka who was among the nominees to Deputise Mr Odinga in the Azimio La Umoja Coalition is currently in limbo after he announced to go his own way and vie for presidency on Monday when the Azimio team unveiled Martha Karua as Raila's deputy.

Kalonzo announced Sankuli as his deputy as he held a separate meeting from that of Azimio.

The stand by Musyoka received criticism from several regions of the country some terming it as betrayal.

The wiper party boss later stated that he will rejoin Azimio team but with some conditions.

This stand has not been well received by a section of Kenyans including the Pan African Forum Limited Chairperson Mr David Matsanga who stressed that he is fed up with Kalonzo regardless of being his friend and should give Raila peace ahead of the polls. 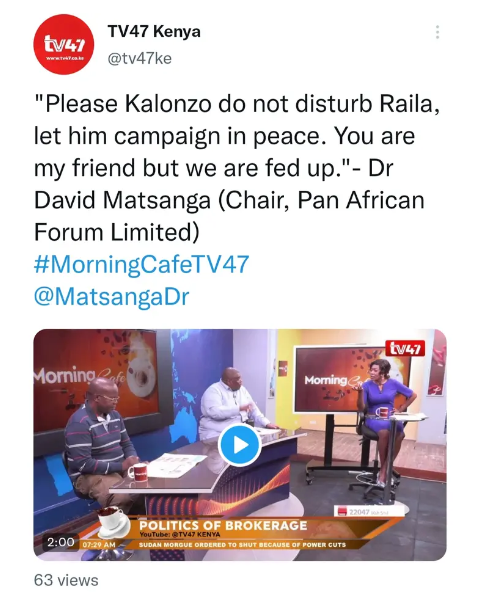 What are your thoughts about Kalonzo Musyoka? Please share this article widely.

Content created and supplied by: TheOnlineTutor (via Opera News )