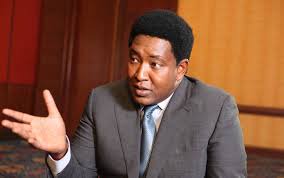 Narok Senator Ledama Olekina has again unmasked Kenya Kwanza secret cards that were used in many polling stations in Narok. In his remarks he said that the IEBC mischief was very calculative. He added that Forms 34A were manipulated by the Presiding Officers who were responsible for filling the forms.

He said that, "Here is how -Fill a form without a carbon copy then later fill a different 34A and upload the forms to IEBC portal. Carry the new one to the Returning Officer then to Bomas. In Narok North and Narok East Constituencies we Discovered the mischief and arrested the Presiding Officers when form 37A pasted in the ballot box had different results from the one given to the constituency Returning Officer. Only scrutiny of ballots boxes verdict will vindicate us."

"In Narok East constituency I witnessed form 34A being uploaded outside the Constituency tallying center instead of at the polling stations. When I asked the POs why? I was told it was because of 'network' issues. The Agents were not present only the POs -#iebcmischief. It is not quantum physics. You only need to think like a thief to know how the elections were stollen." He said again. 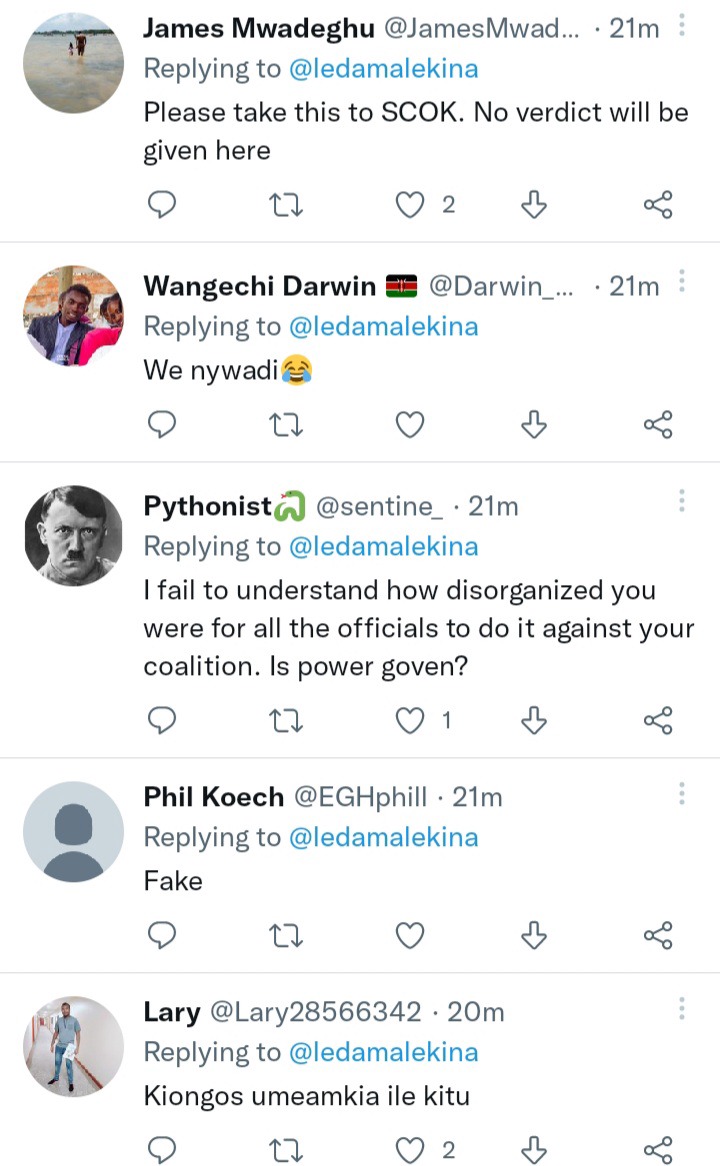 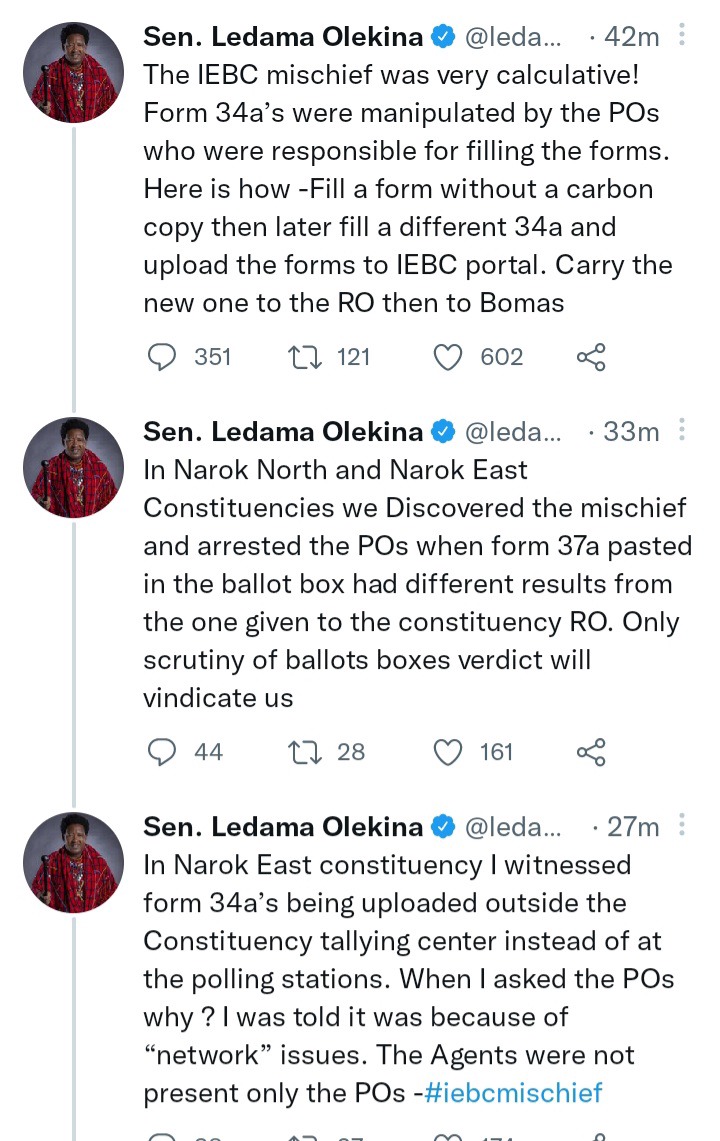 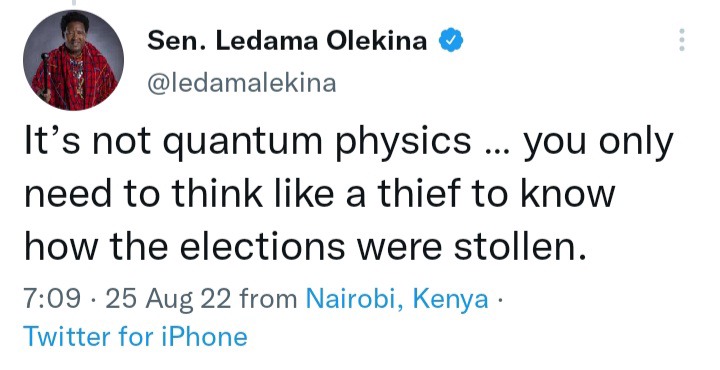