Mudavadi's Say After Wetangula's Ruling On KK As The Majority Group

By KipsRudi (self media writer) | 1 month ago 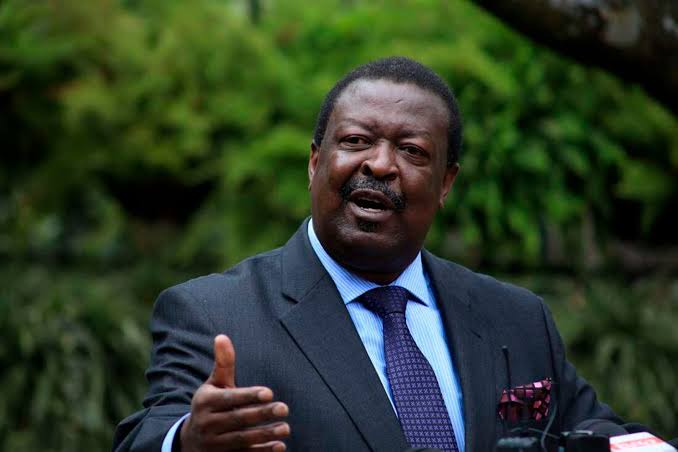 Moses Wetangula, speaker of the National Assembly, has received appreciation from Musalia Mudavadi, the leader of the Amani National Congress party and candidate for prime cabinet secretary. Moses Wetangula is credited with deciding which political party holds the majority in the assembly.

The confusion and tension that resulted in the chamber caused Wetangula to suspend the meeting early and postpone it until Tuesday of the following week.

On his Twitter page, Mudavadi commended Wetangula for the admirable work he had done in urging MPs to cooperate peacefully.

"Thanks for your strong and persuasive decision in the National Assembly today, Speaker @HonWetangula. As they handle our national affairs, I ask our members of parliament to display caution "As Mudavadi said. 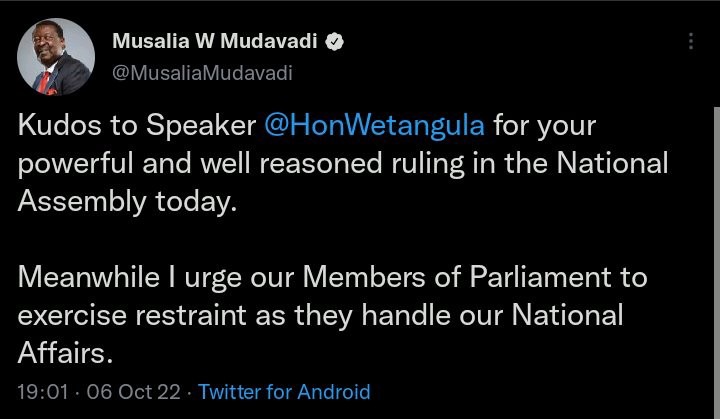 Content created and supplied by: KipsRudi (via Opera News )