"Ukambani is in Azimio" Says Malombe, Alleges How Musila & Ngilu Are Interfering With Kitui Politics 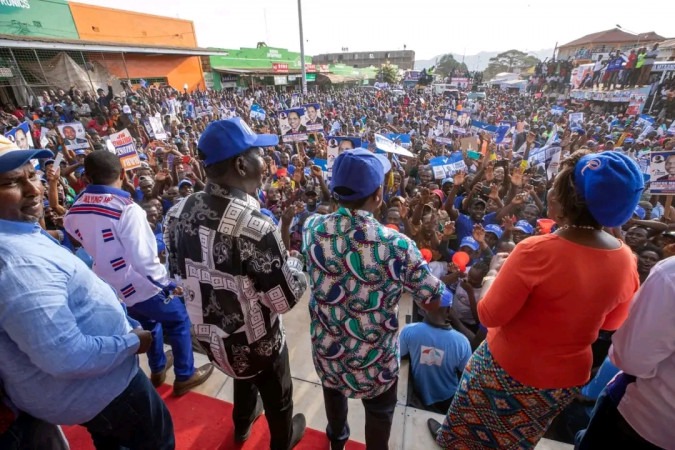 The Former Kitui County governor Julius Malombe, and who is eyeing the same seat in the August 9 polls under Wiper Party, has assured the Former Prime Minister Raila Odinga, that the Ukambani Region is rallying behind his presidential bid.

Speaking on Tuesday with the media after his gubernatorial campaigns in Kitui West Constituency, Malombe dismissed allegations that Deputy President William Ruto had made strong inroads in the county, saying that the region is solidly in the Wiper party which is supporting Raila's bid, under the Azimio La Umoja One Kenya Alliance camp.

"We in Ukambani have decided that we will vote for Raila Amollo Odinga because our son, Kalonzo Musyoka, will be the Chief Cabinet Secretary which amounts to the Prime Minister a very powerful position in the Azimio government."

Malombe urged the residents who were yet to make their decision on which political side to support, to join Azimio, saying that is the only camp which is ready to safeguard their interests and a team that will ensure the Ukambani counties are developed. 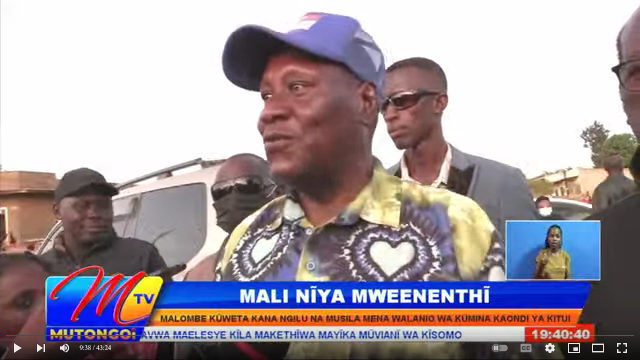 "Here we are saying that the party is Wiper. The three counties of Ukambani are in Azimio and we are going to vote for six-piece so that we give Kalonzo more bargaining power at the national level."

Malombe went on to claim that the incumbent Governor Charity Ngilu is working behind the scenes with Jubilee candidate David Musila in order to impose the latter to the residents during the August polls.

In his allegations, Malombe said that it was not right for Ngilu to indulge in the politics of the county after Raila accommodated her in his national campaign team, and thus she should allow the voters to elect who they prefer come August.

Let Every IEBC Staff be Warned, Catholic Bishops To IEBC While Urging Kenyans to Do This

Igathe Vs Sakaja: Latest on The Leading Candidate in Nairobi Governor Race