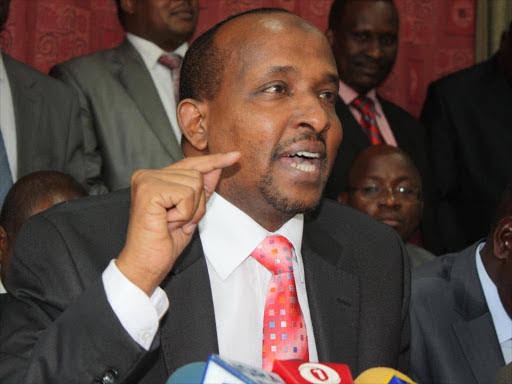 Recently, Hon. Aden Duale has decided to break his silence over plans of Uhuru to extend the term of the parliament and delay the 2022 polls. In his remarks he said that this is as dead as a dodo.

Duale stated that this week the media has been awash with rumours true or not of existence of plans to extend the term of Parliament. Well, great news is that the drafters of the 2010 Constitution played out all these scenarios and specifically provided for nearly all plausible circumstances so we do not have to speculate, he said. So when can the term of Parliament be extended? He asked and wished the Kenyan legislators to dive into the Constitution for better solutions.

Duale said that Article 101(1) of the Constitution provides that a general election of Members of Parliament shall be held on the second Tuesday in August of every fifth year. He added that this is the same date for the election of the President, Governors and Members of County Assemblies.

From a reading of Article 102 of the Constitution, to extend the term of Parliament Kenya must be at war. We are not at war, he said. We are a peace loving country and we thank God for the peace, Duale said. For those arguing that we can extend Parliament, those plans are as dead as a dodo. Covid-19 is a Pandemic all over the world and to argue that " it is a war " is not only strange but it would imply that the whole world is at war.Let us not splits hairs to obvious things, he said. 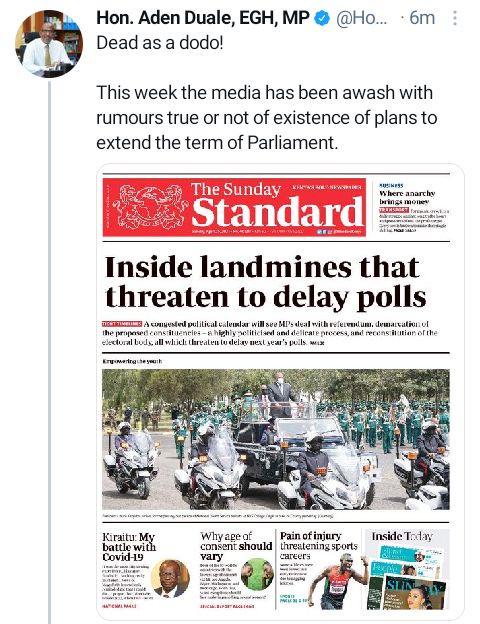 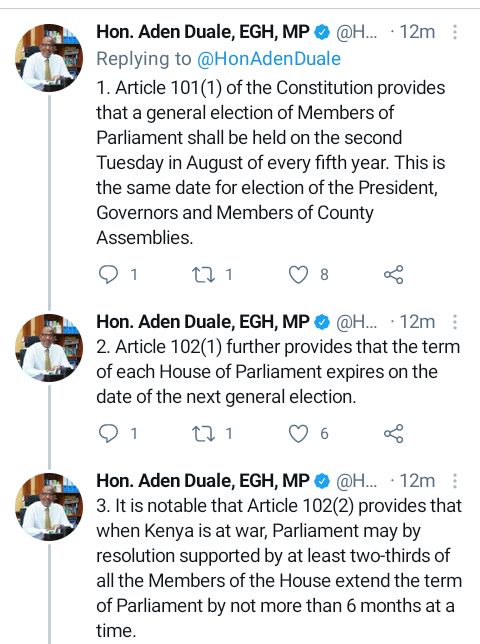 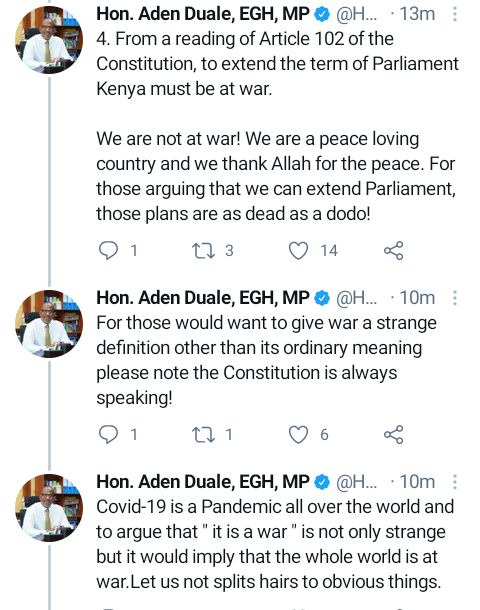 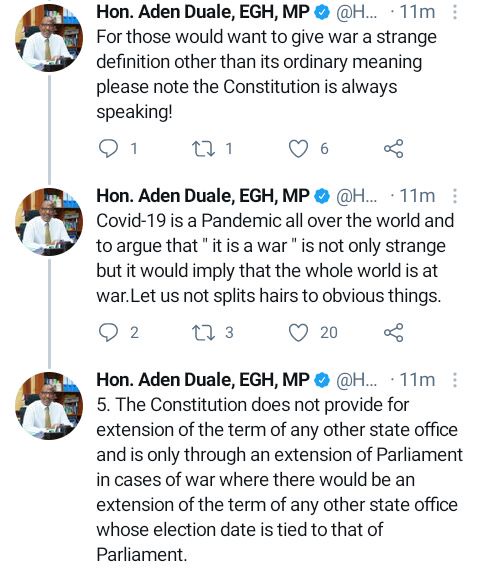 Opinion:Why Kenyan Youths Should Join Technical Institutes Instead Of Universities

Kenyan Professor Brings New Insight Into BBI Ruling, Advices Exactly What To Appeal On To Win