Brazilian President Bolsonaro hospitalized after being overwhelmed by chronic hiccups

By BibahBM (self media writer) | 10 months ago 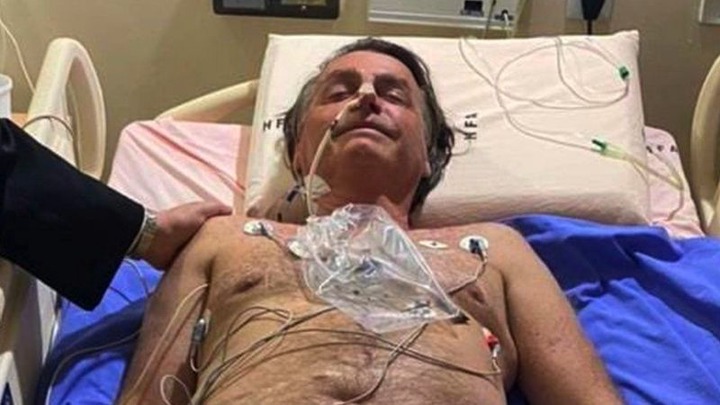 Brazilian President Jair Bolsonaro, 66, may need emergency surgery after experiencing chronic hiccups that have persisted for 10 days, his office says.

He is being transferred from one hospital to another in São Paulo for gastrointestinal examination. In a twitter message, Mr Bolsonaro said "he will be back soon, God willing".

There have been concerns about the health of the leader since he was stabbed in the stomach during a campaign in 2018.

Mr Bolsonaro was critically injured in the attack and lost 40% of his blood. He has had several operations since being stabbed.

The president went to a military hospital in Brasilia early Wednesday, and doctors said at the time that he would be examined for 24 to 48 hours. But later, the president's office said Antonio Luiz Macedo, a surgeon who treated Mr Bolsonaro in 2018, had recommended that the president be transferred to São Paulo for further examination and surgery if necessary.

Mr. Bolsonaro had previously posted a picture of himself lying on a hospital bed where a man who appeared to be a priest stood beside his bed.

After two and a half years of controversial leadership, Mr Bolsonaro is under pressure over his handling of the Covid-19 pandemic.

Earlier this month, tens of thousands of people took to the streets to protest allegations of corruption involving the purchase of vaccines.

The Brazilian leader has been widely criticized for the lack of a national plan to deal with the pandemic and concerns over vaccinations, and the need for people to wear masks.

Last month, the number of deaths caused by the virus in Brazil exceeded 500,000 - becoming the second highest rate in the world after the United States.

﻿Mr Bolsonaro himself contracted Covid-19 a year ago but has recovered completely.

People with this blood group have the strongest immunity

Risk Factors That Will Cause You Brain Cancer

Major signs God is preparing you for a breakthrough

Former President's Son Currently Battling For His Life In Hospital

RIP:Woman Dies After Battling For 9 Months And Giving Birth At 28 Weeks

Boost your health through these natural ways