Narok Senator Ledama Olekina has indirectly alleged that former Machakos Governor Alfred Mutua is the leader who has been so uneasy in President William Ruto's camp, days to the naming of Cabinet Secretaries.

While making an indirect reference to Mutua after a newspaper story on the Daily Nation, Ledama teased Mutua, asking who the Sunday Nation's gossip was talking about.

He made fun of Mutua, questioning whether he had returned from his USA trip where he had joined Ruto for the United Nation's Assembly convention. 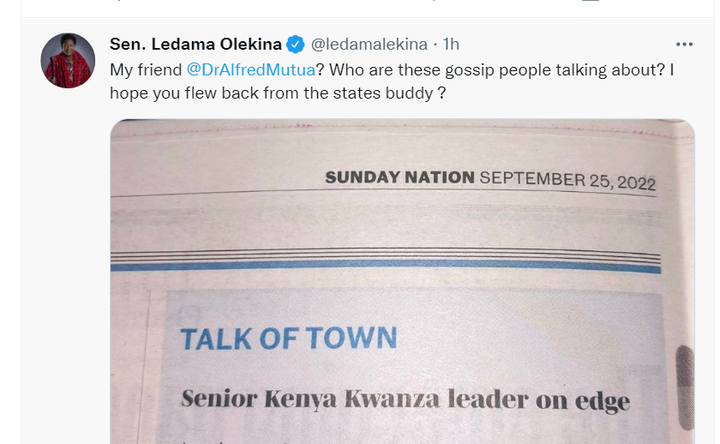 Ledama's remarks came after the paper in one of the rumours section, ran a story of a senior politician inside Kenya Kwanza who has allegedly been anxious and suspicious about whether he will be picked as a CS in Ruto's cabinet.

Without mentioning the name, the paper claimed that the said leader had sponsored his trip to the US to join Ruto when he was making his Inaugural address at the UN Assembly. 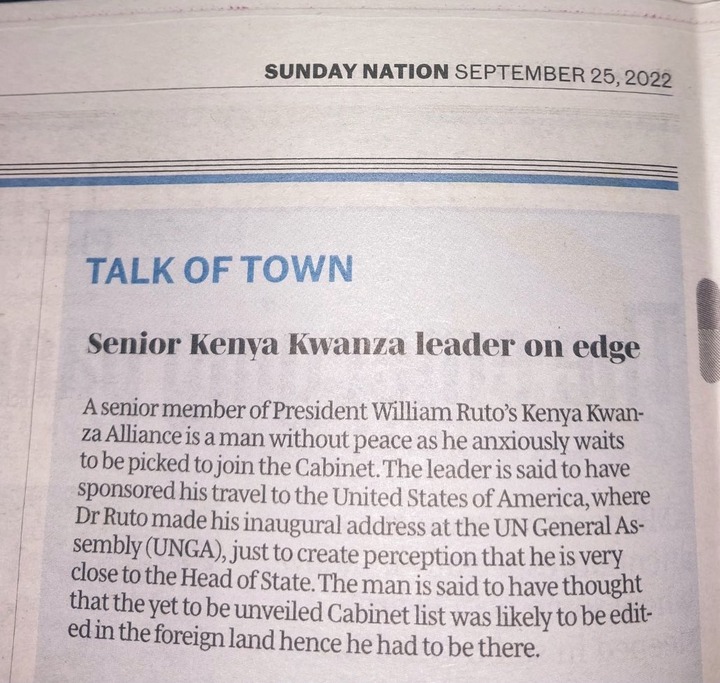 In just a coincidence move, Mutua had accompanied Ruto to the USA. Unlike other KKA leaders who accompanied Ruto first to the UK to attend Queen Elizabeth II's burial and later to the US, however, flew to the USA directly from Kenya and had to wait for Ruto and his team before they could arrive 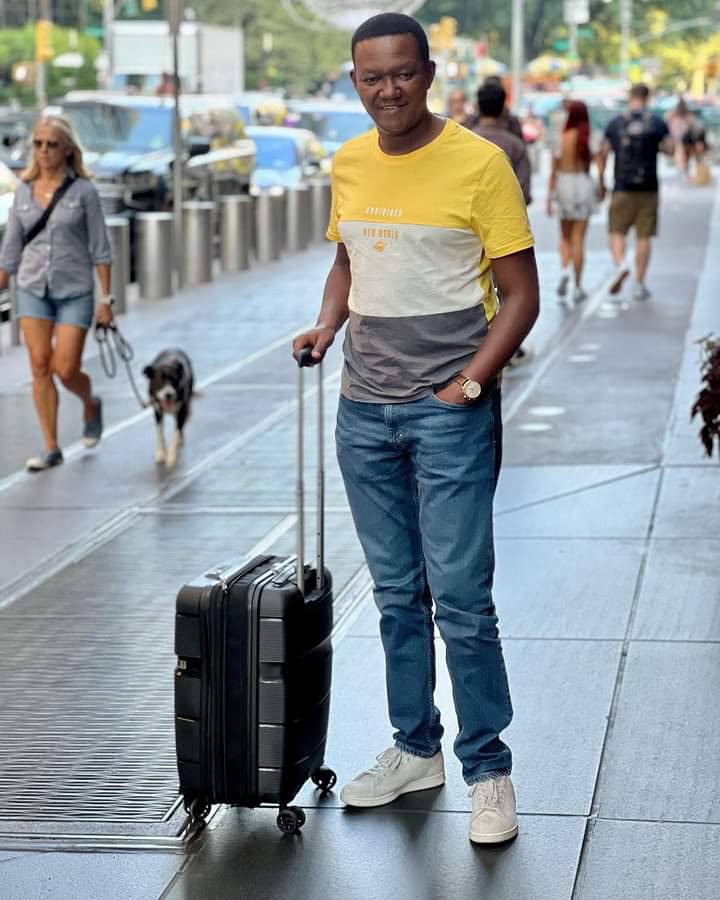 Mutua had been promised a slot in Ruto's government as he joined the coalition months into the August 9, general polls. He was promised that he will also be given to deputize Musalia Mudavadi as Deputy Cabinet Chief Minister.

Profitable Hustles One Can Venture Into With Recently Launched Hustler Fund