Opinion: Why Peter Kenneth Is The Perfect Choice To Deputize Raila

Balancing the ticket is when a political candidate chooses a running mate, normally of the same party with the goal of bringing more appeal to the campaigns (Wikipedia). Nelson Polsby and Aaron Wildaysky -1991 postulated means by which a ticket may be balanced. They assumed that someone who is from a different region than the candidate may be chosen as a running mate to provide geographical balance to the ticket. Similarly, a running mate may be chosen to provide ideological, age or demographic balance to a puzzling stance as it stands.

Our political history suggests some fascistic guidelines for the selection of a deputy-president over the years but this is an unusual year with very distinctive circumstances. Some political scientists, pundits and analysts alike have argued that a good running mate choice doesn’t help much in the presidential race but all agree that a bad choice can inflict damn serious damages. 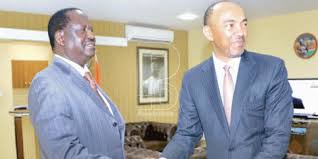 The plummeting Raila phobia cloud over the mountain is still a concern that cannot be wished away and this informs the need for Azimio to give priority to a Central Kenya candidate. Azimio owes the running mate nomination to the vote rich mountain region. In an election where the mountain will be so determinant like never before, GEMA is at the center of this year’s succession politics.

So far Odinga has managed to unify the Azimio wing without taking positions that would be deal breakers. Choosing the right running mate and countering Ruto campaign’s assault on his 'age and character' is a test he must pass. A pass to these tests will ensure the solid polling lead he now enjoys will almost certainly be translated into an electoral victory come August.

Lessons from the US emphasize on the importance of the running mate selection. In 1972 George McGovern controversially replaced Senator Thomas Eagleton as his running mate and his campaign never recovered. John McCain's selection of Sarah Palin went against his public reputation and enervated his candidacy as the earnestness of the 2008 financial crisis became perceptible. These lessons among others are very clear. Azimio should heed the Hippocratic Oath as there’s no substitute for circumspect vetting and common sense.

The selection of a Mount Kenya running mate would guarantee the unity and ardour of the Azimio la Umoja while avoiding dispiriting a crucial portion of Raila’s support- votes from the mountain.

Donald Trump’s selection of Mike Pence to woo religious conservatives is argued to have been a game changer as that sent a powerful signal to conservatives that their support was being cherished. In this respect, Mr Odinga should go for Kenneth. Azimio should realize the undeniable significance of Central Kenya votes in winning the race for state house. 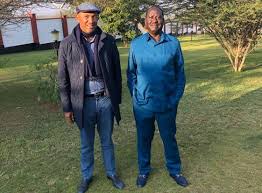 Mr Odinga is an efficacious and an experienced parliament arbiter, but his presidential diary would force him to delegate much of this duty to others. A deputy president who could work with the legislature on the President’s behalf would be a force multiplier.

The deputy President should have the capacity to manage specific portfolios for the president, offer candid confidential advice and back the president’s decisions unflinchingly once they are final. The deputy president shouldn’t establish an alternative power centre as William Ruto did to Uhuru.

Talk is rife that Mr. Odinga might opt to be a one term president and that makes it prudent for him to enjoy the assistance and support of his deputy to the fullest. He shouldn’t select a deputy who would begin his own presidential campaign the day after the August 2022 polls like what the country experienced with the outgoing regime.

Azimio should be well advised to secure a specific pledge to this effect. 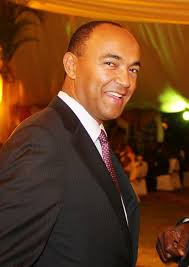 These considerations should lead Raila away from the usual tribal kingpins and towards an individual with an extensive record of bipartite and non-tribal leadership at national level. Peter Kenneth’s soothing demeanor will provide a notable contrast with the other would be potential running mates hard edged condescension. The greasing of the Azimio bandwagon should be aptitude. Selecting a deputy president nominee against these considerations would be Baba’s first significant unforced error.

From Grass to Grace: Kanini Kega posts his childhood bedroom and kitchen in the village