Boni Khalwale Falls In For Fake News In An Embarrassing Outburst

By Ckibiba (self meida writer) | 25 days 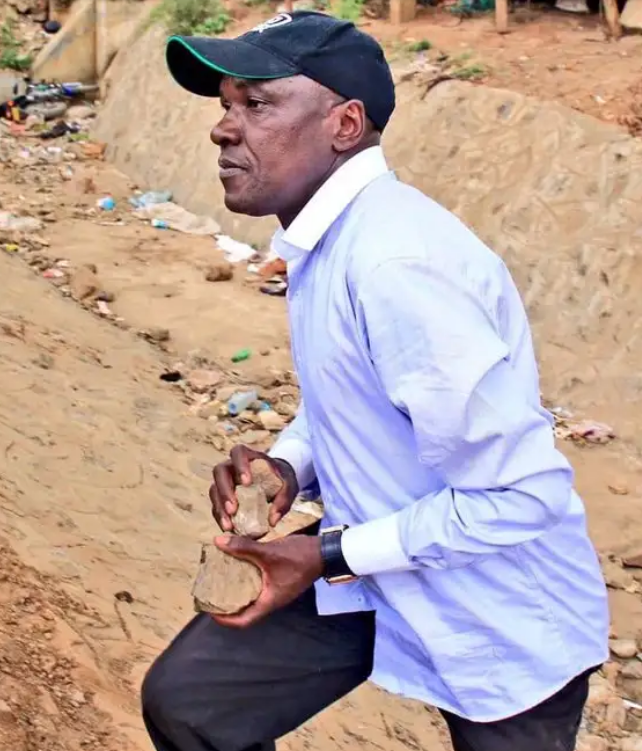 Former Kakamega senator, and United Democratic Alliance party stalwart Bonny Khalwale made a public outburst, without realising that he had just fallen victim to a misleading piece of misinformation.

The tanga tanga member, nicknamed Bull Fighter, for his daredevil antics went on a rant against the president, predicting, not only his downfall, but also the crumbling of his entire system.

While propagating the ideologies and values of the Hustler Movement which he has declared to be part of, Kwalale used some breaking news to justify and validate his firm stand and declaration. However, unbeknownst to him, the news, which had been reported by a blog he follows, hadn’t been verified.

In a scathing post on Twitter, the politician who is rumoured to be eyeing the Kakamega gubernatorial seat wrote,

Time is up for dynasties everywhere!

He then went ahead to retweet a tweet by @AfricaStoryLive which read,

This was a clear allusion to the dynasties in Kenya which are associated with the Raila-Uhuru wing.

However, the eSwatini government soon afterwards dismissed reports that King Mswati III had fled the country following the violent, pro-democracy protests that escalated on Monday.

Though admitting the protests had caused a “situation” in the country, acting Prime Minister Themba Masuku told a virtual press conference that the King, Africa’s last total monarch, was in the country.

“His Majesty King Mswati III is in the country and continues to lead in working with the government to advance the Kingdom’s goals,” Masuku told a virtual press conference.

“The government will update the nation on interventions on the current situation as the day progresses.”

Claims of the King’s fleeing were first reported by South Africa’s national Broadcaster SABC and picked up by various international media.

The protests, in which leading chain store OK Foods was torched and looted, flared up several days ago after the monarchy and government issued a decree banning the delivery of petitions that called for democratic reforms.

The army was reportedly deployed to areas of unrest on Monday night after trucks – some of them belonging to South African companies – were torched over the weekend and shops were looted in the rural town of Siphofaneni.

Analyst Alleges What The Political Class Wants In 2022, States Why They Want Elections Postponed

Good News To All 340,000 Teachers Under Government Payroll As TSC Implements This

Just In: Relief At Last As Main Suspects Linked With The Murder Of Dutch Tycoon Are Arrested