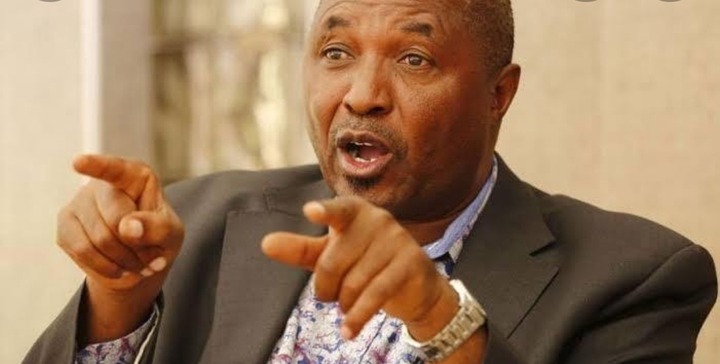 Bahati Mp Kimani Ngunjiri has called out Raila Odinga for allegedly threatening His candidates that He will cut financial support if they don't use His pictures in posters, urging that He has been rejected in Mt Kenya and even some Aspirants beg votes in the name of Ruto and then hide inside Jubilee government while lying to Him.

The Mp claims that there are some politicians who have avoided Raila's photo on purpose since they know He won't get any votes in the region, hence prompting Raila to threaten them to stop financing their campaigns if they stop popularizing Him by using His photos. Ngunjiri went ahead to urge His people to ask questions to each candidate to state their presidential candidate first, adding that some have been silently mobilizing their votes using Ruto's name, and then pretend they support Raila as they keep lying to Him.

"Raila has started something bad, where He threatened some Aspirants that He will stop giving them funds for campaign if they fail to use His pictures during vote hunting, but in real sense, they know very well He won't get votes in Mt Kenya region and they have been walking around asking people to vote for them using UDA and Ruto's name, but claim to be in Jubilee. That is fraud, and I want to tell my Constituency members and Nakuru people that they should verify the presidential candidates of every vote hunting individual first before supporting them. "the Mp said. 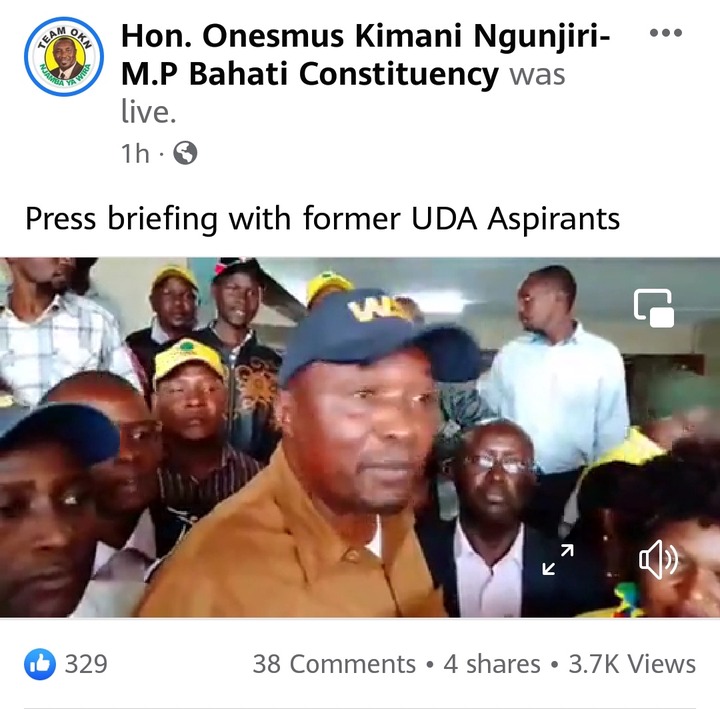 While speaking of UDA, Ngunjiri said that there are some Aspirants in the Nakuru repeat nominations who have moved to Nairobi to issue Bribes to UDA officials so that they could get direct tickets, saying that Ruto should investigate the matter and stop it so that others could have justice. He also called upon the Dp to take all UDA nominations losers and nominate them to Parliament and other positions in a bid to accommodate them all, and build the Party to avoid bad image like that of Jubilee after elections.

"I have also got information that there are some few UDA aspirants who participated in the repeat nominations and have traveled to Nairobi to search for UDA officials and bribe them to get tickets. If this is true, Ruto should issue orders to block them because it's against the law. Also, we should consider taking those who lost in primaries and nominate them to Parliament and other State positions, because UDA is an all inclusive party. "He added.

The Nakuru lawmaker was speaking in Bahati today during a meeting with Aspirants from all corners of the County.

Man Returns Home at Night Catches Wife Red-handed in Bed With Another Man, Needs the Advice

My Sister And Her Pastor Used All The Money In My Account Without My Consent While In Gulf;Lady Says

6 Signs You’re Not As Mature As You Think

"I Have No Apologies To Make, We Must Move On" Raila's Longtime Ally Finally Pledges Loyalty To Ruto