Revealed. Why Bobi Wine knelt down in Ibanda and said this to Museveni 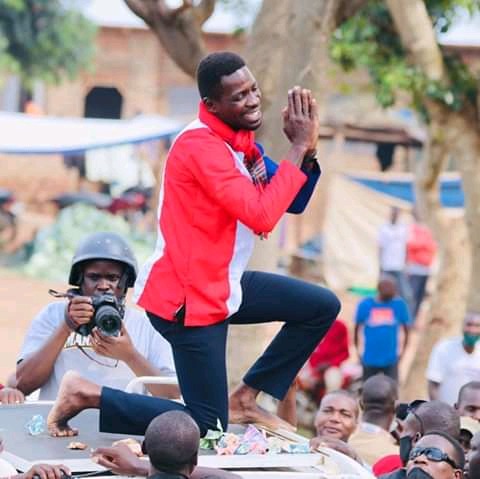 Bobi Wine who is also in and out of prison cells is a famous singer in Uganda who had switched in singing political songs before declaring his candidature for the office of President in Uganda.

However it is not a simple task to remove an incumbent president from office especially here in Africa where leaders age in power. 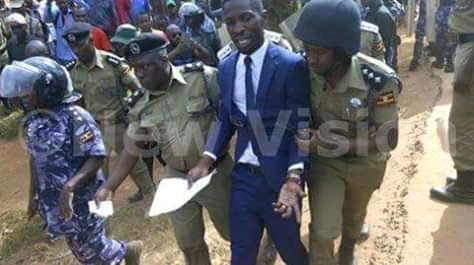 President Museveni who has been Ugandan president since 1986 is also campaigning to retain his seat.

During his campaign at Ibanda,which is not far from Museveni's home, Bobi wine did something which captured the attention of .any people.

He posted a photo where he appears kneeling down on a car and hundreds of cash notes around him.

He captioned it saying that money was raised by the people of Ibanda who had believed in his message of freedom and pledged to vote for him.

He further told Museveni that his campaigns are not funded by foreigners as Museveni had stated earlier,but they are funded by people of Uganda who are tired of dictatorship and who are ready for a new president.