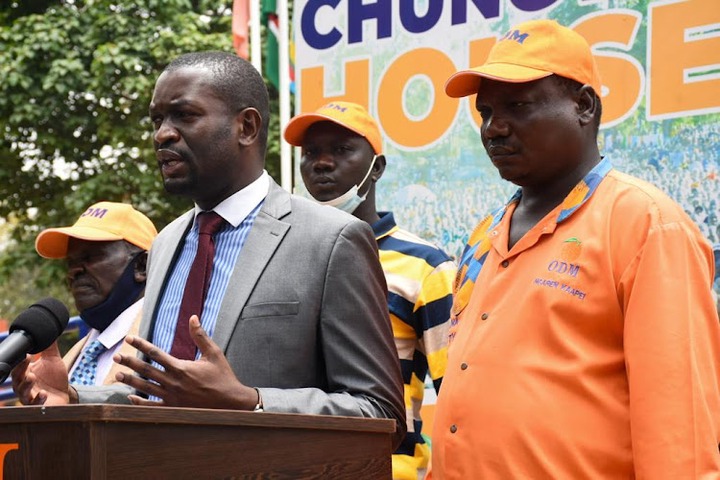 The Orange Democratic Movement has not settled on the person who will be the party flagbearer in 2022 presidential election.

It's only Jimmy Wanjigi,a close ally of Raila who still want to compete the former prime minister for ODM nominations to be the party flagbearer.

However, while being interviewed on live TV. The ODM party election strategists also the Suna MP, Junet Mohammed reacted to Wanjigi's possibility of being given the party ticket.

" I am not aware that Jimmy Wanjigi is running on our party. The election board will agree and give a ticket to one person," said Junet.

Meanwhile,the party is in the process of unveiling their candidate tommorow in Azimio la Umoja Meeting that will be held at Kasarani.