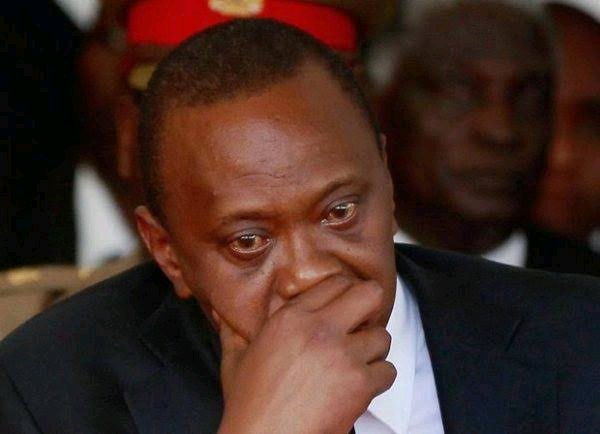 And according to popular city lawyer Ahmednasir, the former administration led by Uhuru Kenyatta had looted everything from the treasury and state coffers with a mission that Raila Odinga would be elected the fifth president. He added that they said brazen theft never for a second contemplated a William Ruto's and ministration. 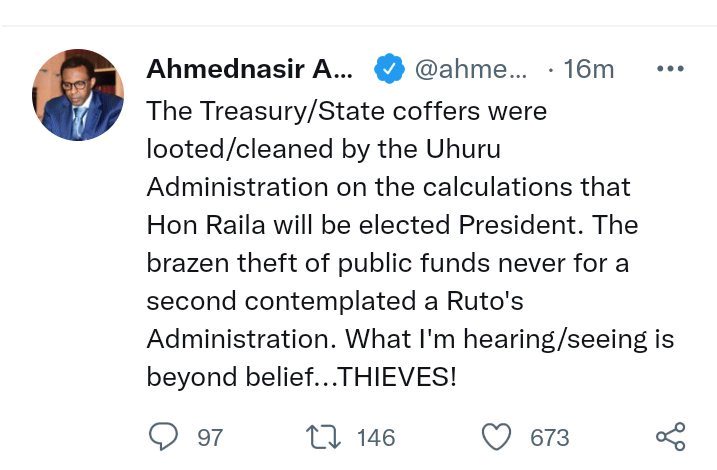 "The Treasury/State coffers were looted/cleaned by the Uhuru Administration on the calculations that Hon Raila will be elected president. The brazen theft of public funds never for a second contemplated a Ruto's Administration. What I'm hearing/seeing is beyond belief...THIEVES!" he alleged.