Why Its Not Hard For Ruto To Dump Gachagua Ahead Of 2027- Analysts.

By Yokeabu (self media writer) | 2 months ago 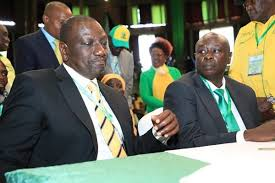 The deputy president Rigathi Gachagwa made history when he became the first second in command after serving only for one term as an MP.

His boss president William Ruto had to wait for over fifteen years for him to become deputy president.

Having come in as a political greenhorn, Gachagwa hasn't wasted any time in a bid to build himself knowing very well power isn't bestowed on a person, rather it's grabbed.

His recent moves whereby he rallied mount Kenya MPs behind kanini Kega and mwangi Maina for EALA have endeared himself to a number of leaders across the political divide in the region.

Some jubilee and UDA Leaders have even Proposed that he becomes the regional kingpin following the retirement of Uhuru Kenyatta.

The moves aimed at building himself may however land him in trouble with his boss president William Ruto who sees the support of kega and Maina as rebellion.

According to political analysts, Ruto has interpreted that to mean that the vote-rich region may not support him in 2027.

Political analyst Oscar plato has warned Gachagwa to be very careful even as he tries to build himself because Ruto is a vengeful man if the happenings around Cherera Four are anything to go by.

He said it won't be difficult for Ruto to dump Gachagwa now that he has started showing rebellion too early.

According to him, Gachagwa has a long way to go inorder for him to reach where Ruto was before he started challenging his boss former president Uhuru Kenyatta.

He said before he started challenging Uhuru, Ruto had Garnered support across the country unlike Gachagwa.

Do you agree with the analyst? Feel free to share your thoughts and comments on this on our comments platform. 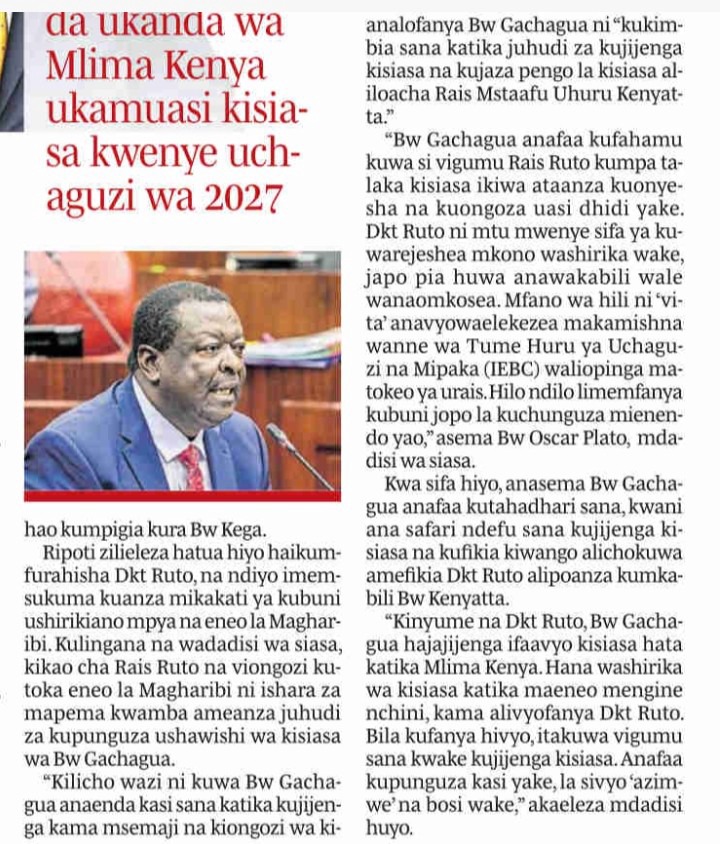 Content created and supplied by: Yokeabu (via Opera News )