By Hizindionews (self media writer) | 1 month ago

The Azimio La Umoja One Kenya Alliance has broken its silence following mass exit of its members after the 9th August 2022 general election. It has been observed that many political leaders who were recently elected on Azimio tickets have defected and switched allegiance to Kenya Kwanza coalition. However, this has not ended well with the party leaders. 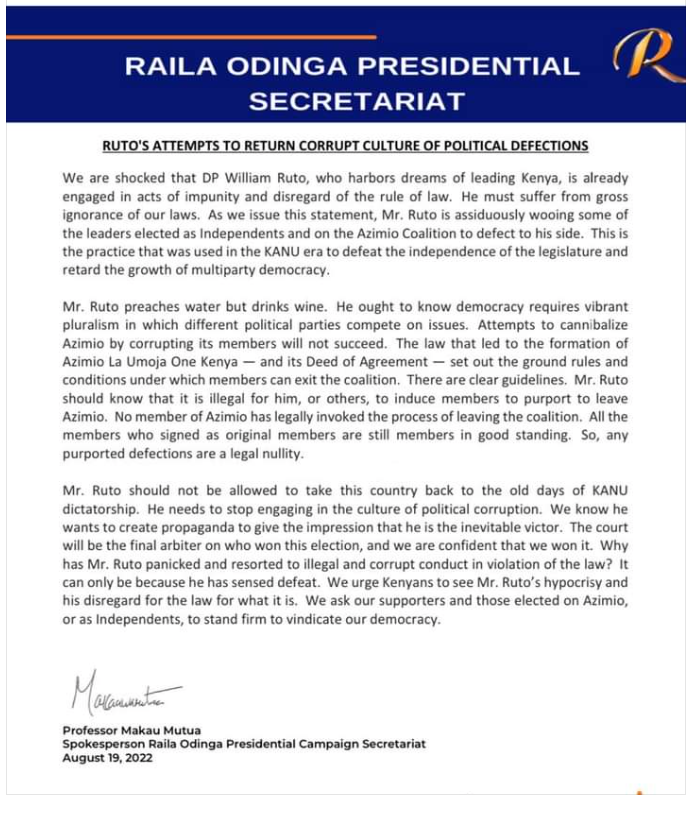 According to a circular sent by the spokesperson Prof Makau Mutua, the president elect is preaching water but drinking wine. He terms the defections as a legal nullity which was highly witnessed during the former KANU regime. He also argues that the move by Ruto is seen as a way of creating propaganda aimed at creating impressions that he fairly won the elections. Makau insists that the court will give its verdict which will be final. Among the most recent defects are leaders from the UDM party and Meru county governor elect on independent ticket. Is Azimio right to call upon Ruto following the defections? 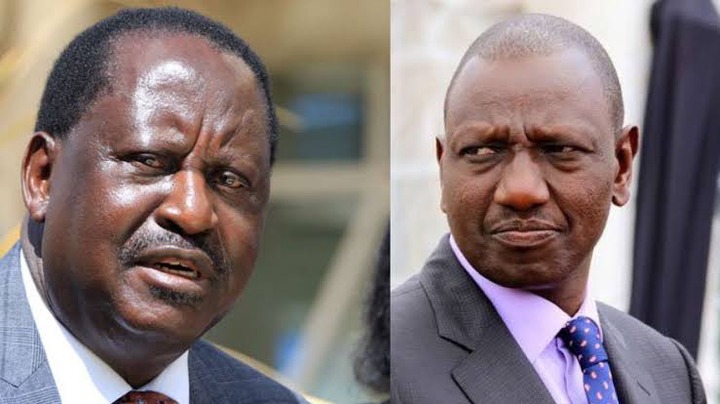 Content created and supplied by: Hizindionews (via Opera News )