By Latestnewskenya (self meida writer) | 1 months 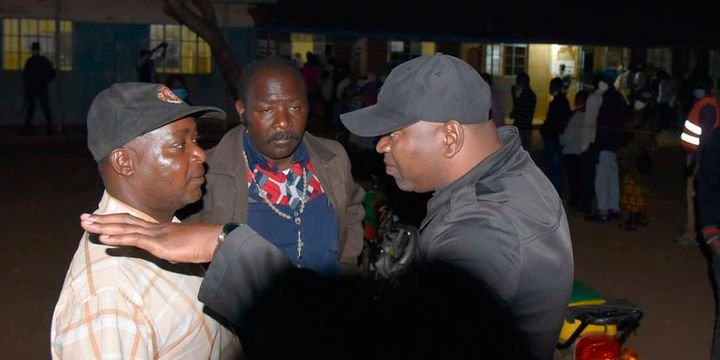 The former Sports Cabinet Secretary Rashid Echesa have been arrested. This follows the drama that occurred yesterday during the by-election voting at Matungu Constituency where he was caught on a camera harassing an election official.

In a video that went viral on the social media, Echesa was complaining furiously to an IEBC official claiming that their Party Agents had been chased away. In the same video Echesa was seen becoming more angry hence slapping the IEBC official.

Echesa finally went missing after this. Early in the morning, Security CS Matiangi announced the suspension of all firearm licences of all the Politicians involved in the yesterday's chaos.

Echesa's arrest have been confirmed by the regional police commander Mr Peris Kimani. In her statement to Nation Africa,she said that Echesa presented himself to the DCI officers in Mumias.After his arrest,he have been moved from Mumias to Kakamega police station.

Echesa who is an ally to the Deputy Presdent was in Matungu in support of their UDA candidate. However, the UDA lost in this polls to an ANC candidate Nabulindo. It's during this election chaos that the Kakamega county senator Cleophas Malalah is said to have lost two Million Shiling.