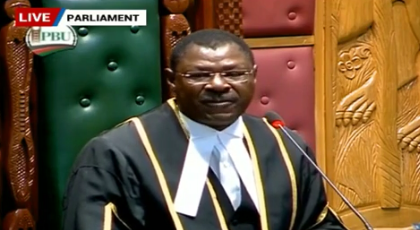 Few hours after the Speaker of the National Assembly Moses Wetangula ruled that the Azimio La Umoja One Kenya Alliance camp is the minority and that Kenya Kwanza Alliance is the Majority in the house, different political leaders and experts are sharing out their opinions.

While making the ruling, Wetangula argued that Azimio as a political party do not have any MP elected under its banner, and went on to state that it would be unfair for him to compel 14 MPs who had written to his office that they are no longer in Azimio to be counted in the Raila Odinga's led camp.

Speaking on TV 47, Political Expert Fred Ogola argued that Wetangula went against the constitution and the Political Parties Act, in that the deal at the Office of the Registrar of Political Parties says that Azimio is the majority.

In his view, Ogola opined that Wetangula's ruling was only in favour of the Kenya Kwanza Alliance camp in which he is a principal, alleging that he did not consider the standing orders and the constitution.

"Speaker Wetangula has single handedly killed political parties act. His Ruling was unsolomonic as vicious fights followed. He did not perform as being the Speaker of the National Assembly, but the speaker of Kenya Kwanza." 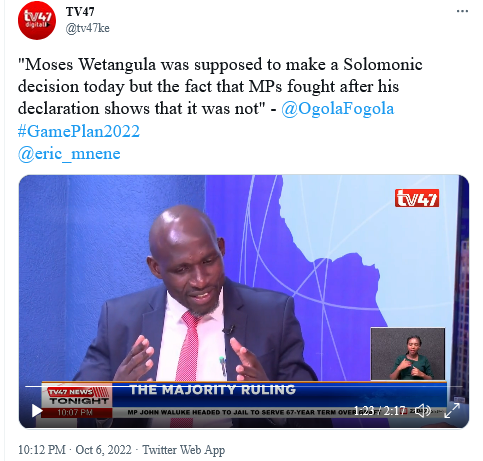