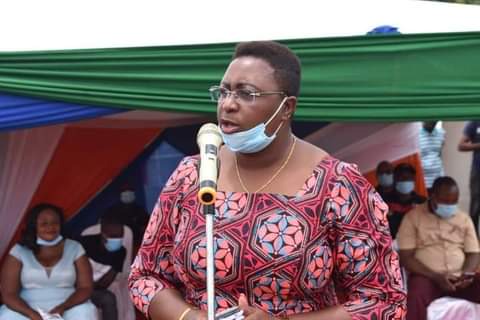 The battle to succeed Kilifi Governor Amason Kingi is gaining momentum with at least eight aspirants declaring their bids for the seat.

Kingi has been at the helm of the County since 2013 and is expected to exit the scene in 2022.

Malindi MP Aisha Jumwa has emerged as one of the front runners for the seat. However, she will have to battle it out with seven other influential figures who have made it very clear that they want to succeed Kingi.

After dumping Raila Odinga- led ODM for Deputy President William Ruto, Jumwa will be vying for the seat on a United Democratic Alliance party ticket.

On the other hand, former Kilifi North MP Gideon Mung'aro is looking to make a comeback after a disastrous 2017 bid for Kilifi Governor.

Mung'aro has made amends with Raila and is a front runner for the ODM ticket.

Former Malindi MP and current Kenyan ambassador to Tanzania, Dan Kazungu, is also in the race to succeed Kingi at the helm of Kilifi County leadership.

After trying his luck during the 2017 general election, former Kaloleni MP Kazungu Kambi is still eyeing the Kilifi Governor seat.

Magarini MP Michael Kingi, who is also Governor Kingi's younger brother, is also said to be eyeing the seat.

The younger Kingi has been spearheading the formation of a Coastal Party.

Though, he has remained tight-lipped on his next political move, it is understood that Kilifi Senator Stewart Madzayo is set to throw the hat in the ring and go for the seat come 2022.

If she plays her cards well,Jumwa stands a chance to make history by becoming the first woman in Coast to be elected as Governor. But hers will not be a walk in the back.