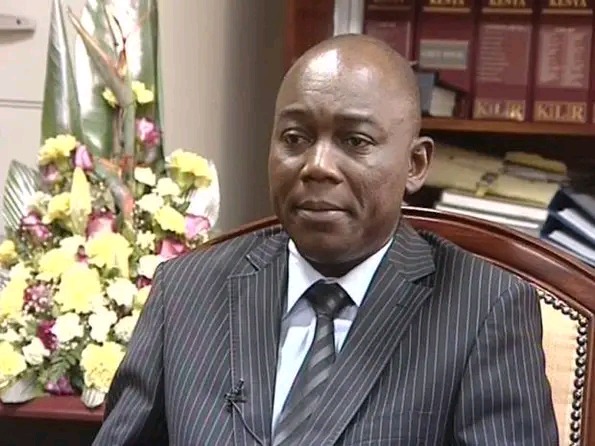 Caroli Omondi had baptism by fire when he tried his luck in politics during the 2017 general election. Vying against an incumbent in the race for Suba South MP seat, was no mean task.

In a battle pitting him with ODM national chairman John Mbadi, Omondi was handed a humiliating defeat during the party nominations. Not even his decision to vie as an independent candidate could save him.

Fast forward, Omondi is back with a bang as he eyes to succeed Mbadi, who is not defending his seat come the August 9 general election. 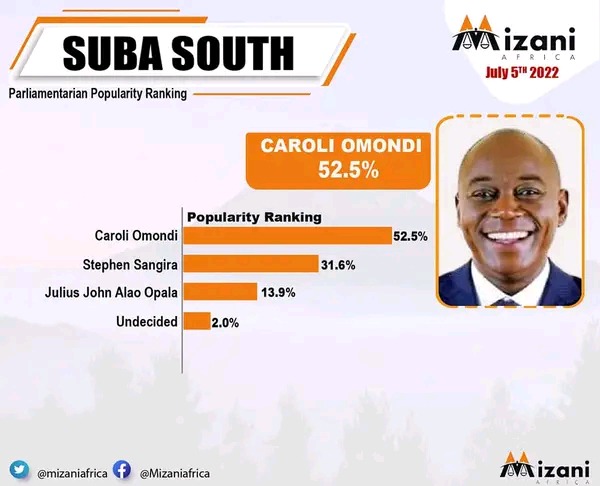 According to the latest opinion poll by Mizani Africa, the Ex-Prime Minister Raila Odinga's chief of staff is full control of the Suba South MP race 52.5% of those interviewed backing his bid to succeed Mbadi.

With the backing of Mbadi himself, it appears nothing will short circuit Omondi's bid to exorcise thevm ghosts of his 2017 baptism by fire on his political debut.

For a man who appeared politically dead and buried after that humiliating 2017 election defeat, the opinion poll is a morale booster with only one month remaining to the August 9 poll.