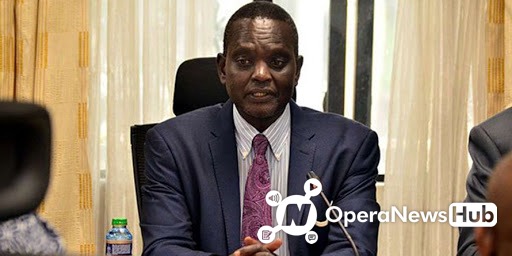 It is not clear when this happened but Poghisio, who was elected Majority leader to replace Murkomen on Monday, shared a screenshot showing that Murkomen had blocked him.

The West Pokot Senator said that he was not at war with his predecessor.

Unlike Murkomen who has more than one million followers on Twitter, Poghisio has been keeping a low social media profile until his election yesterday. Currently, the KANU Senator has slightly less than 4,000 followers on Twitter but the numbers are expected to grow as he takes a more active role on the mini-blogging platform.

Poghisio has insisted on the fact that his election as the Majority leader does not mean it is war time.

"Thank you for your overwhelming congratulations & good will messages. I will serve the Senate with due diligence & wisdom. We are not at war, let's embrace the spirit of nationhood & patriotism. Not everyone can be a leader at the same time. Let's make Kenya Great," Poghisio posted on Tuesday morning.

It seems it is going to be a bumpy ride for the former Information and Communication Cabinet Minister to be accepted as the new Majority leader.

Poghisio, a close ally to KANU leader Gideon Moi, was elected to replace Murkomen who is in Deputy President William Ruto's camp.

The DP camp has contested the changes in the Senate leadership which also saw Nakuru Senator Susan Kihika replaced by Irungu Kang'ata as the Majority Chief Whip.

The Speaker of the Senate Ken Lusaka will today make a ruling on whether the changes will be effected or not.

Will Kikuyus Still Support Their Son?