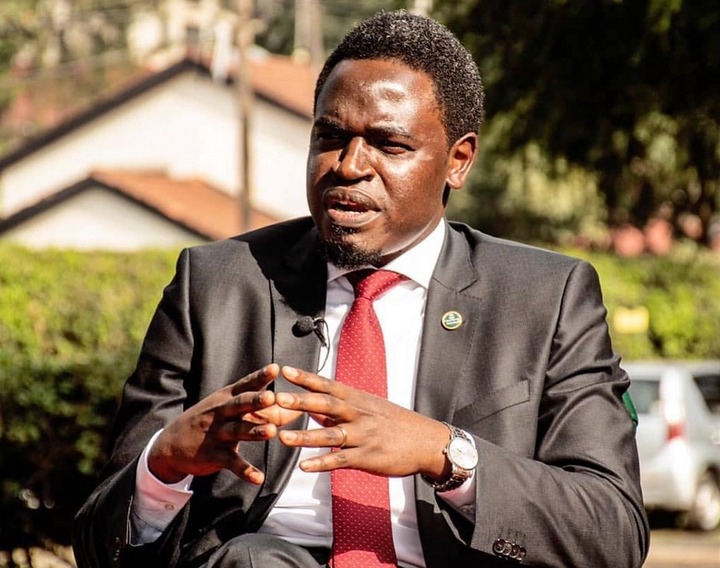 President of the law society of Kenya Nelson Havi has once again given a Bombshell, while deconstructing the Political tactics being used by Deputy president William Ruto and His allies, that has seen them gather much support accross the Country.

Havi through His Twitter handle says that there are tow major items that should not be neglected when it comes to the ongoing debates that aims at shaping the 2022 Campaigns, with each presidential Candidate looking for Heavy support and running mates from the Mt Kenya region.

One of the crucial matters according to Havi is that Kenyans should wake up from their sleep and avoid the gullibility that may see them falling for the traps associated with empty promises from Political leaders who have come up with different Economic Models and other deceitful manner of things in order to gain their Votes.

He He also added that Kenyans needs the head of State irregardless of if He is Male or Female but He Must be on the Frontline to adhere to the Constitution at all times because of the oath of Office that they took.

However, in what appeared to be some kind of defense for Uhuru, the Lawyer asked Mt Kenya people to pave way For the President Himself to choose a running mate from Central that will be the deputy to the chosen Candidate who will be the flag Bearer. 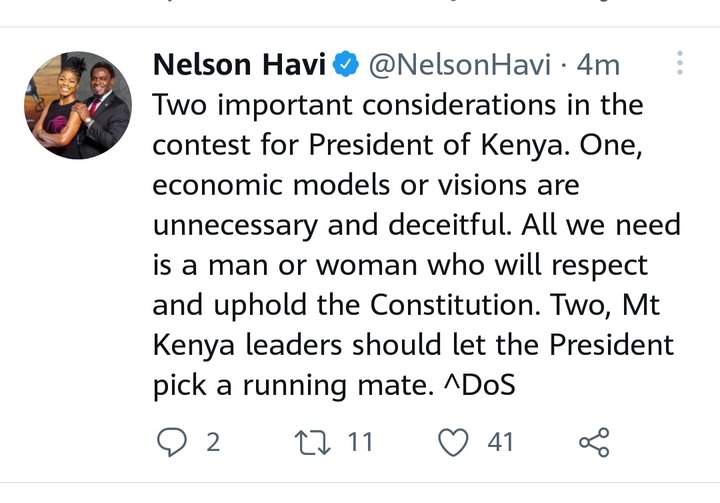 Havi who has been a pillar in the defense of the Constitution was reacting following the ongoing debates where Uhuru Kenyatta was disrespected by other Politicians from the region after claiming that Martha Karua will be their Official spokesperson henceforth even when Uhuru is still in Office.

His appeal for a President who will also abide by the law follows the recent happenings where the State has been ignoring Court Orders on some occasions and even trying to change the Constitution through the BBI bill.

Samidoh Amefanya Nini: Karen Nyamu Forced To Reply To This Question In Public