By AkaenArden (self media writer) | 1 year ago 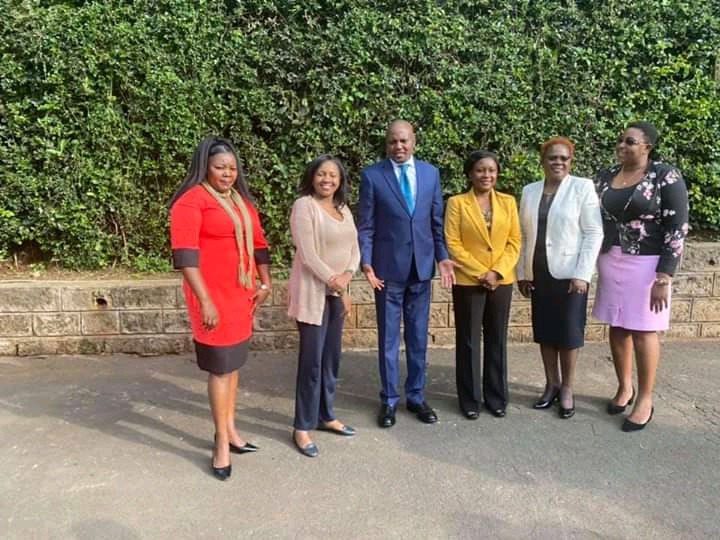 Renowned political blogger Lord Abraham Mutai has finally weight in on the formation of the new Jubilee Asili Party in Kenya by those allied to the deputy president William Ruto.

According to the blogger, the party should immediately be stopped from its operations as it is all plagiarised with their logos similar to Jubilee party, a party which is still active and running.

He said colours, slogans is worth an example of plagiarism, revealing that time would only tells if it begins it's operations.

He tasked those attempting to form a new political party from the original Jubilee to take bold steps, move out and ventures into new challenges.

He cautioned that the tactics employed by the DP Ruto's side was sickening and pose a threat to smooth service delivery to the people of Kenya.

This #Jubilee_Asili should be stopped. The logo is plagiarised. The colours and slogan, Sote Pamoja. It's a matter of time before they are shut down. If you want to form a parallel political party, be bold enough and move out. These half baked tactics are sickening and disgusting," 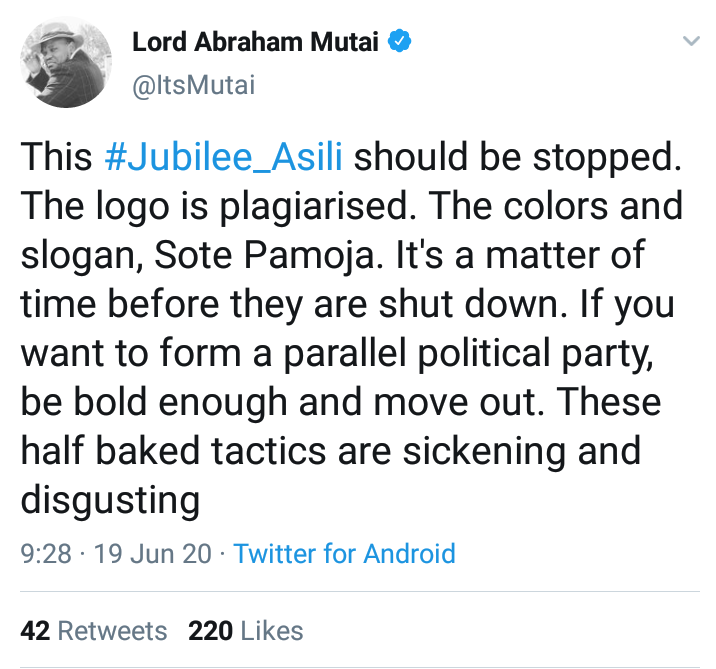 The deputy president have however downplayed the formation of the new political party saying it was just but another new political platforms to encourage the recently assigned new responsibilities legislators, a chance to focus on Jubilee's people centred transformational agendas.

Had lunch with Jubilee MPs who were recently assigned other responsibilities in the party. Thanked them for exemplary service to the party and the nation. I implored them to continue focusing on Jubilee's people-centered transformational agenda now and in the future. SOTE PAMOJA."

And while speaking to Standard Media group on Friday, Elgeyo Marakwet Senator Kipchumba Murkomen also reaffirms Ruto's sentiments saying it wasn't a parallel party but a platforms which mainly majors on original ideologies of the Jubilee party. 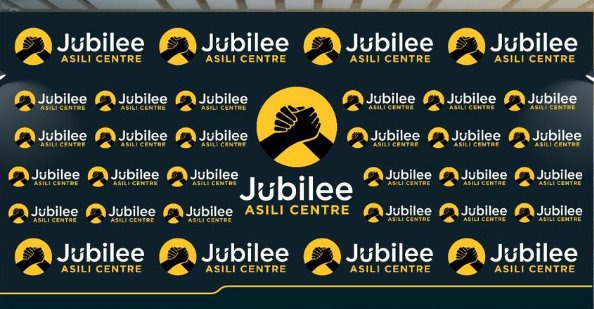 We had a meeting with the DP at the Jubilee Asili Centre. It is a centre for all members, not parallel. It is the centre for Jubilee Party members who believe in the original idea of the party, including the implementation of the promises we gave to the people,” Murkomen said.

It would however been seen if the blogger's threats would bear fruits.

Content created and supplied by: AkaenArden (via Opera News )

NHIF Crucial Message To All Kenyans