After the citizens of Kenya had cast their votes, the head of the Central Organization of Trade Unions, Francis Atwoli, praised the chair of the Independent Electoral and Boundaries Commission, Wafula Chebukati, for a well-organized election that revealed the outcome of the race for the position of Deputy President William Ruto.

To guarantee that the polls are adequately prepared, the Chairman of the Electoral and Boundaries Commission, Wafula Chebukati, has done an outstanding job. According to Francis Atwoli, a supporter of the Azimio One Kenya Alliance, the organization has every reason to be optimistic that it would emerge victorious due to today's vote. According to the Veteran Trade Unionist, Azimio should be confident that they will triumph significantly. This would pave the way for DP Ruto and his team to come out on the losing end after the votes have been counted. 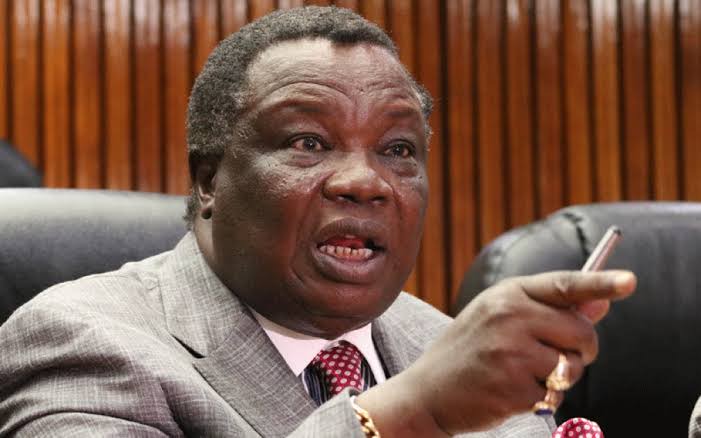 The boss of the Central Organization of Trade Unions is an Azimio supporter, and he is convinced that this election is the most well-organized one possible and that Azimio will win by a significant margin. According to Mr. Atowli, Deputy President William Ruto will not succeed President Uhuru Kenyatta as the country's next leader because he will not receive the necessary votes. This prediction is based on the fact that Mr. 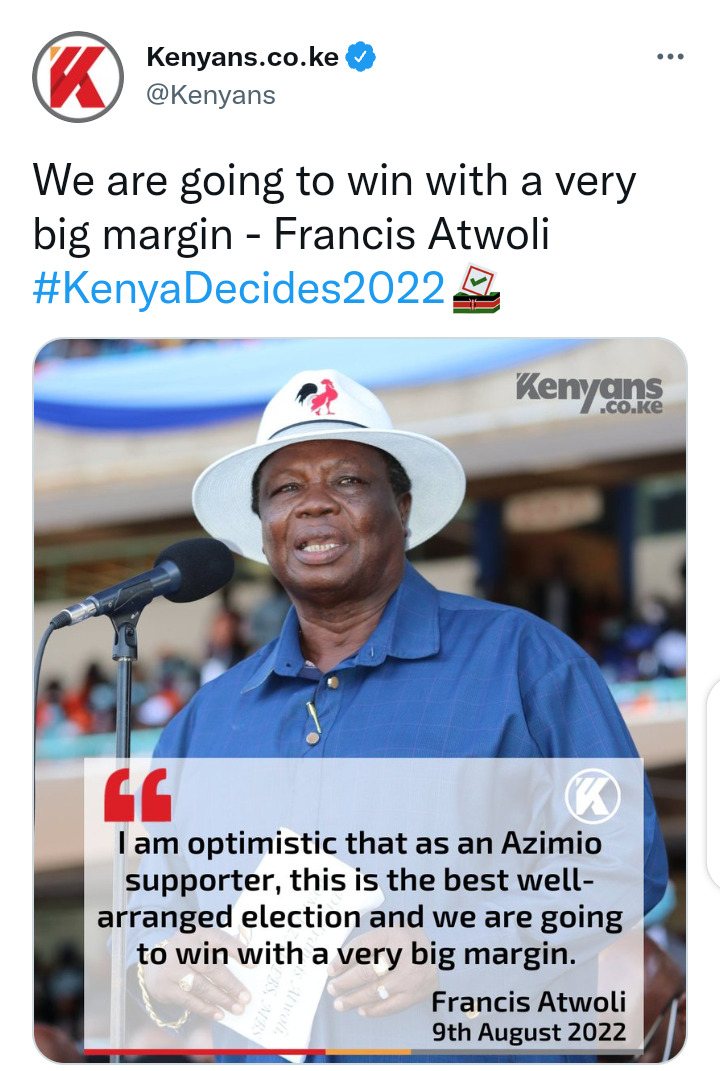 I have never asserted that they won't be able to serve in office if Ruto is victorious in the elections. If you've been successful in elections, you can consider yourself victorious. In the past, I have made numerous predictions that many candidates will not win the presidency, along with my forecast that Ruto will not succeed. According to the head of the Central Organization of Trade Unions (COTW), the president-elect of a democratic nation has an unalienable right to take office if he wins the election.